Please read the update at the bottom!
On October 11, 2017 at 12:34 pm; a beautiful, perfect little boy, Vidar David Vikre, was born to our beloved friends, Emily and Joel Vikre who also have another son, Espen. Early in the pregnancy, they discovered a cystic hygroma in the back of Vidar’s neck which usually indicates chromosomal abnormalities or potential heart defects. All of his genetic tests came back negative (no mutations or abnormalities found); however around 24 weeks doctors did detect a small heart defect known as a coarctation. This is a small narrowing of the aorta, and can be fixed with a single surgery. When he was 5 days old, Vidar had heart surgery to fix his aorta, which went perfectly.
However, after surgery Vidar wasn’t recovering as expected. Five days after the surgery baby Vidar suddenly crashed. His oxygen levels and blood pressure plummeted and he had to be revived and put on a breathing machine.  When the doctors re-imaged his heart, they found that the muscles of his heart ventricles had thickened leaving very little space for blood to fill them, a condition called hypertrophic cardiomyopathy.  He also began to have problems with clearing his lungs of fluid and has had to stay on a breathing machine since then.  These issues appear not to be related to the surgery itself and more detailed genetic testing (full genome sequencing) has shown no genetic abnormalities.
Cardiomyopathy is a serious condition, especially in a case like this where the doctors have no idea what caused it, but it has a large range of potential outcomes.  It can be fatal, it can require a heart transplant, and it can also go away on its own. So right now the Vikres are all waiting and caring for Vidar, sending loving, joyful healing energy, and watching what his heart decides to do.
Currently, he is in the Cardiac ICU at Children’s Hospital in Minneapolis, being adorable, spunky, and fighting like a true Viking.  He is opening his eyes and taking in the world, responding to his parents and caretakers and even breathing on his own for a bit.
Emily and Joel have been with him this whole time: holding and kissing him when they can, reading and singing to him, and introducing him to his brother, grandparents, uncles and aunts and family friends. Espen has been a little trooper as well – spending days at the hospital. All three of them have put everything else on hold to be with him. He is completely surrounded by true and deep love.
His parents need help to fund the colossal medical fees which mount every day. Though they have health insurance, they will need to pay co-insurance up to a high out of pocket maximum. Please consider a donation in order to help Vidar, Emily, Joel and Espen.
And just as importantly, thank you for continuing to hold them in your thoughts and prayers, and for sending optimism and healing energy to Vidar.  The Vikre’s say they are overwhelmed with gratitude and love for the amazing friends and community that they know are caring for them, and they wish they could give every one of you a giant thank you hug.
Please check back as we will be posting updates on Vidar and his family. Thank you so much for visiting Vidar’s site and take care of yourselves and your loved ones. At this time, Emily and Joel respectfully ask that you do not share this campaign on any social medial platforms – unless for you, using a social media platform is the best way to reach out to people you know who want to help – we suggest sending a private message on that platform. The website itself adds the last line of this text to share on social media: please ignore it.
The story of Vidar’s name: Vidar is a Norwegian name, meaning warrior and protector of the great forests. Vidar was the youngest son of the Norse god Odin and one of the only gods to survive Ragnarok. After the wolf Fenrir killed Odin, Vidar avenged his father by kicking the wolf’s head in with a pair of magical boots made from the scraps of wolves left as offerings to him by leather workers on earth.
David is after David in the Old Testament. David is another warrior, but he was an underdog warrior who overcame his enemy with strength of spirit, the favor of God, and by thinking on his feet and changing the playing field.
UPDATE:

Emily and Joel just found a longer-term housing arrangement: a family friend is snow-birding for the winter and opened their home to the Vikres.

This week they had a care conference with all the various medical professionals who have been caring for Vidar, which was an opportunity to talk about the bigger picture, and get everyone on the same page about where Vidar is at.

Emily says, “I’ve been having great moments of happiness just being with baby and Joel and being quiet and not worrying about getting anything done. There’s so much good even though we’re sad sometimes. It’s amazing to get to hold Vidar. And he just conks out and sleeps so deeply and sweetly as soon as someone is holding him. We’re all like, yes, this is how it’s supposed to be.”

Vidar’s blood gasses and all his vitals have been better on the new beta blocker he is being administered, and his lung x-rays are looking clearer (and the bleeding is gone), so Emily and Joel are keeping up hope.

Espen is in Duluth during the week, cared for by heroic Lise. He is in a good rhythm at school. Emily and Joel have each made trips home to Duluth to spend time with him and to connect with their life here.

Emily and Joel ask that everyone keep sending “love and vibes and golden glowing energy of the universe to Vidar,” because they know he likes it. 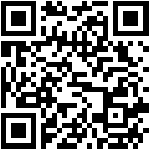