I am starting this campaign for my sister Kerry and her husband Steve.  Steve has been a hard worker for 30 + years.  While working for Banner Glass, Steve injured his foot by stepping on a piece of glass which at the time was no big deal, so he thought.   Banner Glass, closed their doors back in August with no notification, whatsoever to their employees.  Steve was left without a job, or health insurance.  Fast forward 3 months to November.  Steve has been employed with a new company and was a month away from being eligible for health insurance.  He began experiencing extreme back pain that sent him to the ER, which is where they discovered osteomyelitis in his foot (an infection in the bone) and a spinal abscess.  Steve spent 4 days in critical care and after 2 weeks, is still in the hospital fighting the infection.  During these weeks, he has been treated with numerous antibiotics, endured a number of tests, and has been seen by many different specialists.  Steve has begun to turn a corner and is making strides in his recovery, but he has a long road ahead of him before returning to his “normal” life.  Even though we can’t relieve all the stress from this situation, we hope to lighten their financial burden.  They depend on both salaries to make ends meet and it appears they will be without Steve’s salary for an unforeseen time.  Steve and Kerry are 2 hard working people that could definitely use your support right now.  Thanks in advance. 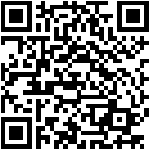