SKIP A MEAL TO SAVE JOEY\’S LIFE On Monday July 31st 2017 The Jones Family got up and ready like any other day. Stephanie dropped off Joey to her mother in law’s (June Jones) where he stays while Stephanie is at work 3 days a week, along with his 2 year old sister, Grace. June noticed Joey’s left jaw was puffy and swollen. She sent Stephanie a photo. June immediately thought of mumps but they also thought it may have been an infected or abscessed tooth because the area was sore and tender to the touch. They got him an appointment with a dentist immediately. June took him to the dentist and they did X-rays and an exam and couldn’t find anything. The Dentist was adamant that they take him to the ER but never explained why. This not only didn’t make much sense but also scared them. Why would he say that? What did he know or think that he wouldn’t say? Stephanie thought it was a bit ridiculous and thought “let’s just take him to his primary where they have his records and they know him well.” She was able to leave work early and met them at the pediatrician’s office later that same day. The pediatrician basically thought it was just a swollen lymph node and gave them some antibiotics and sent them on their way. He was seen 2 days later and was told he was making good progress. Stephanie wanted a second opinion so she took him to holistic doctor who also thought maybe he had mumps. Stephanie thought okay we may have an answer here, finally! They had him tested and it came back negative. Near the end of the antibiotics he started to feel better and the swelling went away so they thought that was that. He was back to his happy playful self. He started school just this Monday (August 14th, 2017) and on the morning of August, 16th, Joey woke up with the swelling again. The Jones’ wanted answers and they took him into the ER. Joey not only had swelling in his glands but his spleen was enlarged and his abdomen was super tender to the touch. They could sense the worry in the doctor’s eyes. The doctors took vile after vile of blood for testing. Then the family waited. Joe and Stephanie were pulled into another room to discuss the results and that’s when you know the answer is not a good one. Joey’s white blood cell counts were incredibly high and his other blood cell counts were incredibly low. They were admitted right away and moved upstairs. After more and more tests, pokes, prods, vital checks, and a night of 104-105 degree fevers and no sleep, they were told that morning that their sweet boy has Acute Lymphoblastic Leukemia. He will have a 3 year treatment plan with chemo and steroids. Stephanie is currently pregnant with their third child. She is due August 24th. She is currently on maternity leave and is unable to work. Joe is able to take a little time off but has unpaid FMLA leave. Let’s get together and help this family out. They are so overwhelmed right now with everything they are going through that the last thing they need to worry about is how they are going to pay for it all. Stephanie and I have been best friends .We have been involved in every major milestone of our lives together and I want to be able to comfort her during this hurdle. Not having financial worries during this time is my ultimate goal. Please help me help them. And keep the prayers coming! They are so appreciated!   With your sincerest gratitude, we thank you! 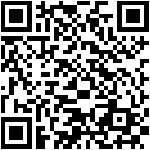