Epilepsy is a MONSTER!  My dear sister in law, Shelley Beardsley battled this demon most of her life. It took much away from her. It stole from her many of the thing we take for granted on a daily basis.  However, even with those challenges, Shelley continued to persevere. She managed to work a full-time job in a fast paced big box store. She worked there many years battling with seizures. She then met the man she would fall in love with and marry in 2005. Together, continued their journey with the monster at their side. Shelley never felt sorry for herself and always had a zest for life. But something was missing; Shelley longed to be a Mother. Ed and Shelley welcomed their beautiful daughter Bella Rose in 2009. Things were clicking into place for them; however, just when they let their guard down the monster appeared with a vengeance stripping Shelley of her confidence as a Mother, questioning her ability to be alone with Bella, enjoying trips to the park alone with her new daughter. Shelley battled on. She decided to have a risky brain surgery to eliminate the disease once and for all. All appeared well. In time, though, it was obvious the surgery was not a success. Through all of these setbacks, Shelley blossomed as a proud Mother, referring to her daughter as her “Sunshine“. All the past battles had not prepared for the final blow.

On the Morning of Dec 7th. we received the call that Shelley had passed away in her sleep. Without warning, epilepsy had taken her. We as her family are determined to give Bella the life Shelley would have wanted for her. Bella was anticipating a fun-filled Christmas as any 7 yr. old would be, and now had to be told her “Mommy went to Heaven.”

The goal of this account is to lessen the financial burden towards Shelley’s final expenses, given the sudden loss. If we are fortunate enough to raise money beyond the goal, we will use it for Bella’s future needs. Shelley battled vigorously during her life with epilepsy, we as her family will now continue on for Shelley, taking care of her “Sunshine”. 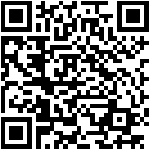