UPDATE 1/29/2016.    Shasta now has a trach that allows her to talk. She is regaining feeling in her legs as the swelling on her spinal cord goes down. They are saying she may be going to Springfield next week to start rehab.

UPDATE 1/15/2016.    Shasta is awake part of the time. They have stopped the sedation but she is still getting strong pain medication that makes her sleepy. The Doctors have started talking about rehabilitation centers with the family. At this time according to her dad, she will probably be going to a rehabilitation center in Springfield.

Shasta’s father Ron Hatton asked me to reactivate this page.

On January 2nd Shasta was on her way to work when her car went off the road overturned ejecting her from the car. No one knows the cause of this accident at this time. When she arrived at the hospital she was listed in critical condition, her back was badly broken showing signs of spinal cord damage, lungs punctured by her broken ribs, and her brain had some bleeding as well as serious swelling.

On January 3rd they performed back surgery to stabilize her spin, this surgery took almost 7 hours with 2 surgeons. Shasta was strong and came through this surgery with no added problems.

On January 5th Shasta went back in to surgery to have a filter placed to prevent blood clots getting to her lungs. They are unable to put her on blood thinners due to the amount of surgery they did on her back and the fact that her brain still has some bleeding.

Currently Shasta is still unresponsive for the most part, Doctors are uncertain of the extent of damage to her spinal cord and brain. It has become a waiting game and only time will tell.

Shasta is a single mom with a 15 year old son. All donations will be going toward any current and upcoming expenses that occur for Shasta or Jayce. We are also asking for continued prayers for Shasta as well as her family.

January 10th Shasta had a tracheostomy  and peg (feeding) tube placed. Things are looking up, please continue to pray. 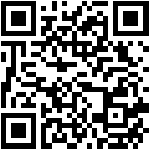