When I was 19 I moved to exciting Chicago IL from my small town to take a job in corporate America as the youngest employee of my company. Because I was just starting out and could not afford a car, I enjoyed my daily bicycle commute to downtown Chicago, even through the winter and snow.

Unfortunately as a bicycle commuter that biked 10 miles a day every day of the year I eventually had several devastating accidents.  The first one was in 2001 in which I was struck by a large pickup truck. This accident took me two months to be able to walk normally again and six months until I was able to get a job with regular hours, I was initially hospitalized and although I did not break any bones I had many deep contusions that I can still feel to this day. Sadly I had no assistance from friends or family and did not know how to navigate the subsequent lawsuit between myself and the driver and was not awarded any compensation and was forced to move into an apartment on the S. side next to the projects to be able to continue to live independently. This incident also ruined my credit from the hospital bills and I have never been able to recover the damage to my credit, which is very hard when this happens when you are just starting out in life.

The second accident was in 2003 when a motorist opened their door into the bike lane, and my head and body went full speed into the car door. After this incident I was unable to walk or leave my apartment for a month and started to suffer from headaches, and although I had a helmet on, my head had gone first into the motorist’s door. During this time as well I was unable to be awarded any compensation because I never previously had insurance and was unaware I could litigate against the driver or their insurance and did not know how. Out of fear I declined to go to the hospital after my bad experience in the hospital from the first accident, as well as the crippling debt for something that was not even my fault, and sadly I was also not examined for fractures or long term injury.

The third major accident was in 2004 when I was struck by a motorist on NYE in a bicycle lane. In this incident I was wearing a helmet as well however as I was sent head first over the handlebars, it created a bulging disc in my C7 vertebrate and lasting head pain and injury. Again it took me about a month before I could get out of bed or walk again.  In this case I similarly did not appropriately navigate the driver’s insurance to be properly compensated out of my ignorance to the system and resorted to daily visits to a low cost acupuncture school as I hobbled to and from the school.

I also had declined to go to the hospital at this time because I had no personal health insurance or support and was afraid to be in the hospital alone. Even the police were begging me to go to the hospital but because of the continued debt from the first accident, as well as PTSD from childhood abuse and trauma I did not want to get re-traumatized and further indebted in the hospital so I also unfortunately was not examined at this time. I also struggle with looking back at these incidences and seeing how through ignorance, extreme stress, pain and fear I failed to take action that would have led to appropriate compensation or any resulting affluence that was owed to me. I also did not have personal health insurance during this time.

Unfortunately, now, at 42 years old all of these injuries have come back to haunt me. At the time I thought I would eventually fully recover naturally but all the places I was injured have only grown in pain over time.

I have regular head pain, memory loss and brain damage/Traumatic Brain Injury.  Occasionally when I have only so much as bumped my head into the car chassis it has led to fits of hysterical crying, I think because I am just re-injuring where there was already such intense damage.  I often cannot remember the words for regular household items. Before these injuries I had a photographic memory and would memorize long 20 minute poems and long sections of the plays I acted in.

It has led to also to long periods of depression, crying for several hours at a time, the constant physical pain effecting my sleep and making me feel my joints and wake up throughout the night. I have to constantly adjust my neck and every bone in my body cracks dozens of times a day and my knees crack and ache when I walk up a flight of stairs which is becoming increasingly difficult, which is also alarming for my age.

I also suffer from extreme joint pain in my knees and shoulders and my jaw often – daily – dislocates.

These accidents are also not mentioning other health challenges I have had including a lifetime of hypothyroidism from a congenital birth defect of a too small thyroid, trauma from being repeatedly strangled over several years from 2015-2019 in which I had also periods of losing oxygen and blacking out, losing my vision for 2 hours and getting a concussion when I was struck in the head by a basketball at a high school event at 17, sports injuries, two times motorists knocked me off my bike while trying to physically assault me, leaky gut from overprescription of antibiotics, resulting autoimmune disease, a four year bout of being largely bed bound during which started with mono and I was regularly laid up with epstien barr virus symptoms and daily fevers until I went on an extreme 3 year raw food diet. Also I had been hospitalized in 2001 for ear infections in both ears and the beginning of meningitis. This was all around and during the time of the accidents.

Everything changed in my hope for a positive outcome when I recently I made a great new friend who manufactures hyperbaric oxygen equipment and found out that hyperbaric oxygen therapy treats all the conditions caused by these accidents very effectively, such as how hyperbaric is able to recover football players with head trauma and TBI. I was able to afford one treatment so far and left walking on a cloud, feeling absolutely incredible for a couple hours.

It treats brain damage, memory loss, joint pain and many other problems that have made it difficult for me to focus for long periods, maintain long-term employment or effectively manage my day to day responsibilities and be able to live independently.

The best use of this equipment for someone with my conditions is to be able to use it every day for several months in a row.

I am asking for your help today to fund a hyperbaric oxygen chamber, oxygen equipment and accessories.

It would mean the world to me to be able to live a functional pain-free and depression-free life once again and also I am happy to allow my friends, family and contributors access to treat themselves with this equipment as well.

Before these accidents I had a 145 IQ and I know that with help and through this incredible recovery method I can continue to access my full human potential and also benefit others through the miracle of oxygen therapy and the many other projects for social benefit that I have dreamed and planned.

I have never asked for help through all of these tribulations; I went through them alone and I feel it was fear, my pride and low self esteem from childhood trauma that prevented me from asking for the help I needed – but it is perhaps just as well as it was not until now that I found what I feel is truly the solution to those incredibly dark times and the ongoing pain and suffering.

Thank you deeply for your consideration in contributing to this campaign, you, your friends and family have my deepest gratitude for your care and thoughtfulness.

It is very hard for me to ask for help but what drives me to be able to make this request is the idea that I can actually be free from the anguish of these injuries to go on to benefit many others in this lifetime, including freely you and yours if you are in proximity to the equipment in Sedona AZ.

With deepest love and gratitude, from the bottom of my heart, 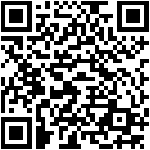