For the ones that didn’t know my cousin Ricky Cline in this last year he had become pretty sick. His diabetes had got out of control with little that could be done having kidney failure, heart failure, causing him to go blind having multiple eye surgeries. His health progressed really fast resulting in having blood on his brain. The doctor pronounced him brain dead at 4:20 September 29 2021. Up until his last moment Ricky was a very generous, caring individual donating what good organs through Midwest transplant Network wanting to save as many lives as he could. 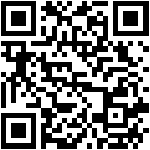