Hi, my name is Branden Gromley I was born on November 27 1989 a son of Darla Diane Bingaman-Travis and David Lynn Gromley aka weige. my father passed away very rapidly after his renal cell kidney cancer in late spring of 1994 when i was just 4 and half years of age I don’t remember him very well a little bit and pieces here and there of family memories, I do however remember my mother who after losing the first love of her life and father to her only son at the young age of 21 years of age and having to watch him slowly fade away and then bury him when he was a mere age of 31 years old almost 32 he died on June 1 1994 from the renal cell cancer and he was born July 12 1962, after this my mother even though she was broken-hearted and alone raised me the best she could and did everything in her power to make my life easy and teach me wrong from right to instill personal values and supply everything I needed to continue to live on. fast forward to the late summer of 2021 after being physically ill for a good month n seeing multiple doctors, er trips and stays, and being wrongly diagnosed she finally got a doctor to hear her out and do the correct testing to see what had been causing this illness she couldn’t seem to overcome or figure out. so the testing was done and the worse results anyone could have asked for was reported about a mere week later she had a mass underneath her boob so upon further testing of said mass it came back another disheartening diagnosis she not only had cancer but with the doctors not listening to her or preforming the correct testing for the better part of a year she had advanced stage 4 breast cancer she even went to the Cleveland clinic since it is rumored to be top five cancer treatment hospitals in our country of the USA. She got the second opinion and it was exactly the same as the first one stage four breast cancer. They started treatment pretty immediately and she started chemotherapy the first two types of chemo they tried and introduced into her body she was severely allergic to and it caused her to almost losing her life the first one they tried because the nurses failed to regularly check on her like they are advised to do in case something of this degree occurs. My little sister who is by her side and does everything she can for our dear mother had to run and get the nurses to tell them of the symptoms my mother was going through they got ahold of the doctor and thankfully saved her life that night. she has had her port get infected many dif times which has held up treatment and even caught mersa at Kittanning Armstrong hospital which also held up treatment for about a month. She has finally found chemo she can take and is in her first month of taking it but it’s taking its toll on her she has lost so much weight lost all her hair and sense of taste. She is having a very bad acid reflex which nothing seems to ease or help with she is exhausted from her travels to take the chemo and travels in and out of the ICU every other week it seems. She has insurance but it only cover about 80 percent of her bills and she is still overwhelmed with co-pays which she is fighting and having a hard time covering but has to in order to continue the treatment to save her life. Of course she isn’t able to work so it has taken every penny of her prior very proud of years of savings she had saved up. My stepdad Kenny Travis is still working at rosebud mining but has to take a lot of days off to take her to appointments be with her when she is in the icu so she not alone and scared. SO MY FAMILY already had a benefit for her in commodore on November 7 and it turned out pretty well the money and support was greatly appreciated and helped a lot to catch her up on her overdue medical bills not to mention everyday living bills car and house payments travel expenses food and clothing expenses medical equipment and prescriptions. But once again the cancer is fighting back and taking all her hard-earned and Kenny hard-earned money and without wanting to ask for any help because of being stubborn and just a proud ppl who never had to before don’t really know or want to know how to. SO WITH THE HOLIDAYS AROUND THE CORNER, ALL I’M ASKING IS THAT YOU TAKE A MOMENT TO CONSIDER THE CURRENT BURDEN AND FIGHT MY MOTHER WHO IS A AMAZING WOMAN WHO IS TRYING TO OVERCOME AND DEFEAT SO SHE CAN LIVE ON AND SPEND MORE PRECIOUS MOMENTS WITH HER FAMILY FRIENDS GRANDKIDS ETC. ANY DONATION WOULD BE APPRECIATED AND WOULD HELP SO MUCH EVEN IF ONLY 5 DOLLARS WHATEVER YOU CAN SPARE AND WOULDNT TAKE FROM YOU OR YOUR FAMILY S FINANCES TOO MUCH. PLEASE AND THANK YOU IN ADVANCE TO ANYONE WHO IS AMAZING ENOUGH TO HELP HER IN HER FIGHT TO DEFEAT STAGE FOUR BREAST CANCER 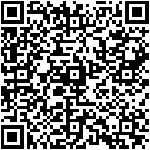