My daughter Olivia is my youngest child. She turned twenty in June. Normally, she would be concerning herself with things like whether or not to go to college, working, going out with friends, etc. Unfortunately, she has other worries. She started feeling ill in March 2020 and was diagnosed with microcytic anemia. It took three months of doctor visits, bloodwork, supplements and dietitians for her to start feeling better. At the last doctor visit, it was noted that her spine didn’t look quite right. We were referred to an orthopedist, who diagnosed her with thoracolumbar scoliosis—a 33° upper curve and 29° lower curve—in July. We started physical therapy, and thankfully, that was somewhat effective. In August, in the midst of therapy, she began experiencing tinnitus and hearing loss in her right ear. We went back to the doctor for more testing and were referred to an ENT specialist, who ordered an MRI. We were told it was probably just a strange case of sudden onset partial high frequency hearing loss, and the MRI was just going to cover all our bases. It was supposed to prove that she didn’t have a rare brain tumor, one we were told was an extremely unlikely diagnosis. Instead, it showed that she did. So in September, she was diagnosed with an acoustic neuroma on her right hearing nerve. This particular tumor—while thankfully not cancerous—is normally found in older patients, and the growth is normally very slow. Hers is one that every doctor we saw said they’d never seen in anyone under the age of fifty, that they usually treated in people in their sixties and seventies. She is an anomaly. We went to an audiologist and she was fitted with a hearing aid, which she’s been wearing on a near-daily basis since late October. We were told to come back for an x-ray in February 2021 to check on the scoliosis, and an MRI in April 2021 to check on the tumor. Everything was fine until December, when suddenly she went from no back pain to moderate, much more frequent back pain. We went back to the orthopedist a month early, just after ringing in the new year, and found out that her curves had worsened—her upper curve was 40° and her lower curve was 38°. This was concerning, and we were told to go back to physical therapy for six weeks and see if that helped. Unfortunately, it wasn’t as effective this time around, since her back pain limited how much stretching she could do. Her next x-ray showed that her scoliosis had continued to worsen, with her upper curve at 45° and her lower curve at 42°; to her dismay, she was prescribed a scoliosis brace. She got the brace in early April and has worn it every day and night since, even while sleeping. After wearing it for a little over a month, she had another x-ray. With the brace’s help, her curves finally went down—her upper curve is at 35° and her lower curve is at 33°. Her next orthopedic appointment is July 26th, and we’re hoping the brace has further lessened her curves. Now, back to the tumor. She had another MRI done in March, in the midst of the newest scoliosis issue, rather than April. (This was due to hospital scheduling, not anything getting worse on our end.) It showed little growth in or movement of the tumor, but the testing done for facial nerve paralysis not long after showed that her facial nerve is already compromised. The tumor has to be removed and her surgery is scheduled for July 28th. She does not qualify for the less invasive procedure (gamma knife) due to her age, so she will have to have a craniotomy. She is covered under my insurance, but my out-of-pocket max is not met and I have a 30% coinsurance that will be my responsibility. This will be an extremely costly surgery, and I’m a single mom providing for Olivia and her older sister, who is mentally ill and lives with us. With all of Olivia’s doctor appointments in the last several months, I have used up most of my PTO at work and have very little left. I will be able to use FMLA to protect my job but will have no income for approximately six weeks, as that is how long her surgeons expect recovery to take. I’m also trying to move us out of an unstable, less-than-ideal apartment and have only two weeks to accomplish that before her surgery. I’m doing all of this on my own. I don’t like to ask for help, but this is for my baby and I would do anything for her. She can’t work due to the combined effects of the scoliosis and the neuroma; she’s easily fatigued and most actions—even just walking—cause some degree of back pain. Any donation would be strictly used for her medical bills, and to help supplement my lost income so that I can get us moved prior to her surgery and care for her afterward. Sincere thanks from our little family for reading, sharing, and donating. Positive vibes are also very much appreciated.

Update:  We’re 13 days from surgery and Olivia is apprehensive.  I’ve found us a new place to live but we won’t be able to move until the end of August due to the closeness of her surgery date.

Thank you to those that have donated and we appreciate all who are sharing and sending prayers! 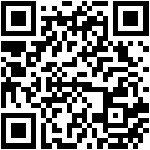