The 2nd Amendment is to be enjoyed by all except under the most extreme circumstances, such as significant mental illness or inadequacy, a conviction of a serious violent crime, or threat made. “Prior restraint” on the 2nd Amendment in the form of permits, licenses, background checks, training, insurance, etc are an infringement. These infringements are not tolerated against rights protected by the 1st Amendment. Theater-goers are not gagged prior to entry to stop someone from yelling “fire” for example.

The necessity to have a militia, which is indeed iterated in the 2nd Amendment itself, is as true today as it was in the 1770s. Preparedness is a deterrent – just as pistol carry deters common criminals, militia deters domestic and foreign threats against freedom.

For these reasons, the Gun Owners Defense Association (GODA) has decided to offer some limited preliminary support towards the men arrested in Wakefield, Massachusetts, a town less than a half hour drive from Concord, the site of the first outright battle of the Revolutionary War. British troops attempted to confiscate firearms from the colonists, sparking a horrific, long war for independence from the king of England. Now the ancestors of those same colonists have allowed their own state to regulate and confiscate arms, and imprison those who would exercise the right to keep and bear them.

Please consider donating to help the arrested men. While carrying arms, especially in Massachusetts, may sound unusual to many people, it should not. Most states across the country enjoy do not infringe on the right to openly carry arms. The open carry of arms was even mentioned in the Heller Supreme Court decision. We must support all gun owners and only discriminate on whether or not the gun owner(s) were being responsible at the time. Was an actual crime being committed (unconstitutional firearms laws are not actual crimes)? Was there any irresponsible behavior such as brandishing or threatening that was unwarranted? In this case, it appears there was not. The defendants should be presumed innocent of any criminal intent or wrongdoing, especially absent of any evidence to the contrary.

Unconstitutional gun laws combined with prejudice and alienation of people based on their beliefs resulted in the US federal government’s massacre of 76 men, women, and children near Waco, TX in 1993. GODA advocates for individual freedom and liberty and does not discriminate on beliefs but only on action. GODA is glad the men in Massachusetts didn’t suffer the same fate as those murdered at near Waco or Ruby Ridge. However, all evidence shows these 11 men should never have been detained or arrested in the first place! We urge everyone to contact officials in Massachusetts and implore them to rectify this situation with as little damage as possible to the victims – the 11 men – and their families.

Your tax-deductible donation donation minus a small processing fee (6%) from the fundraising platform goes directly to the arrested men. GODA sets up and promotes the fundraiser, but does not handle or receive a penny from it. Please consider also supporting the work GODA does by joining, donating, and sharing at https://www.GunOwnersDefense.org 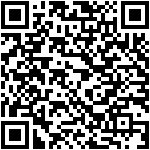