Light The Night For Lino Lino Gabriel was born with a severe brain injury known as Hypoxic Ischemic Encephalopathy (HIE). Despite having a perfectly healthy pregnancy, it was discovered I had a severe uterine infection that passed onto him and during labor & delivery, Lino went without oxygen for approximately 10 minutes. During those 10 minutes, his brain received little to no oxygen and blood causing a multitude of lesions (or dead white matter) throughout his entire brain. While in NICU, an MRI was taken and showed that the worst damage was to the bilateral basal ganglia, which is the area responsible for your fine and gross motor skills. As a result of the injury, he has numerous secondary diagnoses, including cerebral palsy, epilepsy, cortical visual impairment, secondary microcephaly, and craniosynostosis. Some of these conditions, namely cerebral palsy, affect his ability to perform simple tasks like grabbing & holding items, eating, sitting, standing, walking, and talking. With various therapies, Lino may be able to improve his skills and learn to perform some of these tasks. We are interested in pursuing stem cell therapy, hyperbaric oxygen therapy, and intensive physical therapies, such as Cuevas Medek exercises (CME) & Anat Baniel Method (ABM). However, most alternative therapies are not covered by insurance and the expenses are immense. The therapies themselves cost thousands and that’s not including travel & lodging expenses as some of these therapies are out of state or country. This fund will help cover the costs of all of these expenses. Thank you for reading our story! 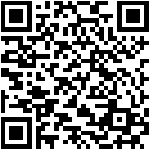