Saturday Dec. 2nd, 2017, McKinzi woke up not feeling well. She and Tyler, her husband, went out to do some Christmas shopping for their boys anyway. “As I was walking through the store I realized I was dizzy! It was such a scary feeling. I was so nauseated, it was like being constantly motion sick.” Just the day before, McKinzi was a healthy mother of two boys who were 4 and 1 year old at the time.
The following Monday, she had an appointment to go see her doctor. He noticed some involuntary eye movement and drew blood for just about every test under the sun. He also referred her to a balance clinic.
Over the following two months, her quest to find answers led her to 2 balance clinics, 3 Ear Nose and Throat doctors, an allergist, and finally she made it to Neurology. With each doctor came new theories as to the cause of her symptoms including Meniere’s Disease, vestibular hypofunction, lupus, vestibular migraines, etc. In Neurology she finally got imaging, an MRI of her brain and spine.
“I still remember being completely shocked when the nurse from the neurology clinic called to tell me they found lesions on my brain and spine MRI and that it was most likely Multiple Sclerosis, but they’d need to do more tests including a lumbar puncture. She said ‘don’t worry, you’ll be able to do everything you’re currently doing for many years.’ My first thoughts were ‘how in the world am I supposed to ‘not worry’ and ‘what exactly is multiple sclerosis?!’ I refused to believe it was MS, as far as I knew, there was no family history of the disease! I was only 33, taking care of two very active little boys, I didn’t have time to be sick!”

We’ve since learned Multiple Sclerosis is a disease that causes vision problems, numbness and tingling, muscle weakness, etc.  It happens when your body’s own immune system attacks and damages nerve cells and their connections in the brain and the spinal cord. It is called a snowflake disease because no two cases of MS are the same and it’s impossible to know how the disease will evolve over time.

McKinzi returned her neurology doctor just a couple days later for further testing including the lumbar puncture, which is a procedure where a doctor uses a needle to remove spinal fluid from the lower back to test for a range of infections.
A week or so later the results were in, it was MS.
McKinzi went from running a half marathon and doing triathlons just a couple months previous to being diagnosed with MS. It didn’t seem real.
Tears were shed, fears of what the future held were discussed. Then she decided she wasn’t going down without a fight. “I didn’t believe that in 2018 there weren’t better treatment options available! We still don’t even know was causes Multiple Sclerosis! I started searching. I joined several MS support groups looking to see what others had found. The support groups mostly scared me but one day as I was reading about another MS sufferer’s situation and saw a simple comment ‘Look into HSCT.’ That’s when it all started!
I found the Facebook group: HSCT Hematopoietic Stem Cell Transplant for Autoimmune Patients. I learned this procedure was being trialed in the US with excellent results. It’s a chemotherapy based procedure that essentially erases and restarts your faulty immune system and gives back your own stem cells to help build a healthy immune system. The down side was, in order qualify for the treatment, an individual would have to fail 2 MS medications. Failing a medication means further progression of the disease despite being on medication designed to stop it.  Further brain and spine damage which could result in losing the ability to hold my child or take them for a walk. I’ve only been on one medication and haven’t failed it yet thankfully.

Results of a major clinical trial were just recently published in The Journal Of The American Medical Association which is one on the leading Medical Journals and they were impressive! Compared to the group given the best medications to treat MS, the vast majority of patients in the HSCT group showed NO DISEASE PROGRESSION! As an added bonus, many showed symptomatic improvement and improved their disability scores.
McKinzi was able to find a clinic in Mexico that follows the same protocol as the US trial but takes a wide range of patients that don’t fit into the narrow scope of the clinical trial. It’s Clinica Ruiz, a well known and reputable clinic with award winning International doctors: Doctor Ruiz Argüelles and Doctor Gómez-Almaguer who have performed more than 700 HSCT procedures.
Insurance does not cover this procedure at this time and there are several factors that increase effectiveness of the treatment: 1) HSCT is more beneficial for people who do not yet have a great deal of disability. 2) HSCT is more effective in patients that have relapsing MS versus a progressive form. And the most important factor 3) HSCT is most effective on those with a shorter time since disease onset.
What that means is TIME IS OF THE ESSENCE! To give her the greatest chance of success she needs to have this done as soon as possible to prevent further damage and disability.  McKinzi has applied to Clinica Ruiz and has been accepted to start treatment May 27th. The cost of the treatment is approximately $55,000.
Her life is her family. Her two little boys are her world and she wants nothing more than to be able to keep taking care of them and be the active mom she wants to be. Any help you can provide is greatly appreciated. Those who know McKinzi and Tyler will tell you that they would give you the shirt off their backs if you needed it. They are the first to jump in to help someone if the need is there. They are so deserving of this blessing.  Thank you for your time and generosity. 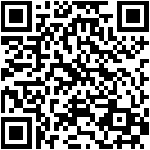