In need of Oxygen, Injured and ignored by his employer My goal is to help Scott Passage pay for his oxygen. Scott’s story like many other workers  is of being poisoned by chemicals and radiation on the Hanford Nuclear Site.  Scott has lost most of his lung function and has had 5 different types of cancers involving his throat. He now has COPD, his lung function is near just 20% of a normal man his age, closer to that of a 100 year old man. Scott is currently in remission from stage 4 throat cancer. He struggles to breath, to live every day. In addition to the cancer and breathing problems he deals with sever headaches and memory problems and is now on over 10 different medications. His former employers subcontracted by the department of energy have done nothing to help him.

Like many others who have gotten sick working at Hanford he has not been able to get any claims approved to help pay for his medical or living expenses. He is unable to work because the work he did made him sick.  The people he worked for wouldn’t help and the federal programs to help sick nuclear workers denied him.

Not being able to breath is one of the scariest things a person can go through. Scott deals with this daily. Oxygen is one of the few things that makes his life a little easier. If enough money is raised then hopefully we can pay for Scott’s oxygen concentrator and also help pay for some of his medicines.  He is also having problems with his prescription insurance may have trouble getting his medicine in the near future. Attached is a video news story that includes Scott. 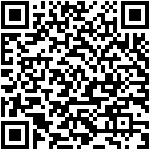