I Would Love to Smile, and Eat an Apple again! Hello and thank you for visiting my page. I want to start by saying that I feel totally blessed and lucky to be here and relatively healthy.  I am a cancer survivor.  I was diagnosed with squamous cell carcinoma of the tonsils which is considered head and neck cancer.  The doctor said that I must have been a big smoker and/or drinker (which I thought was odd to say) and I informed him that I was neither.  This is one of those times where I beat the Lotto odds, but not in a good way! Anyway I go on to have the tonsils removed (no fun as an adult, and no ice cream.)  I was told after the biopsy that I had the cancer in my tonsils and then learned it was in the lymph nodes in my neck as well.  I had to schedule chemo and radiation to 6 areas on my neck.  After a total of 40 radiation treatments, (which is like being in a microwave oven) for 5 days a week for 8 weeks straight, I had lost my ability to taste food or to create saliva.  I was told the taste might come back to a degree but not so much for saliva production.  This kind of dry mouth is nothing like I had ever experienced before. Like many setbacks, you get used to things over time when they change.  I know food does not taste the same as it did before the radiation but I’m pretty much used to it now as is.  The saliva production is another story.  Bottled water is my best friend and is with me always. I also used a dry mouth overnight melt called XyliMelts while I sleep to help moisturize my mouth during the night. So that brings me to the here and now.  I was told when all of this was going on that the radiation would have a big impact on my teeth which has become an understatement.  I have lost many of them and am to the point where just eating is becoming difficult and it pains me being too embarassed to smile anymore.  I would love to smile, and eat an apple again.  I have been told that I need a total upper and lower arch replacement for my teeth with a price tag nearing $50000.  Again, I am very thankful for surviving what I went through and if this doesn’t work out I will  continue to survive.  I am so very lucky to have had the support and prayers of family and friends that I did which got me through the treatments and difficult times.  I am also very thankful for the kind support of those who visit this site and help out people in need.  I know it is very difficult during these times and whether or not you can help I thank you very much for your time and concern. ]

Aftermath of chemo and radiation. 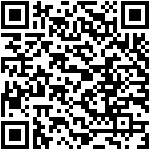