Help Svitlana Who Has SMA Get To Safety Out of Ukraine Svitlana Ihorivna Mikula is a very special young woman who lives in Ukraine and who has been disabled most of her life with SMA – Spinal Muscular Atrophy. She is 22 years old and weighs 39lbs. She cannot walk, cannot stand, cannot sit comfortably, and has limited use of her arms and hands.  She is best able to function on a padded, heated, Persian rug where she can roll over.  She can crawl, brush her teeth, eat with a fork and spoon, and lift a light cup to drink.

Svitlana speaks Ukrainian, Russian, Polish and English and, using voice command software, she is a self-taught computer and internet wizard.  She has read all of the C.S. Lewis books, and she loves fantasy and Historical fiction.

Svitlana needs help preparing food, bathing, getting dressed, using the toilet, and getting into bed.  She doesn’t have the strength to lift a blanket from her body, but she has the will necessary to xercise her big heart to find help for others like her. She has been living with her father as caregiver or the last few years in Lviv, Ukraine near the Polish border.

I am Svitlana’s stepfather, Edwin Martel.  I’m from the U.S.  Several years ago, I met and married Olena Mikula, Svitlana’s mother, when she did some illustrations for a project I was working on. Olena is a very talented, educated graphic artist specializing In Landscapes. When I first met Svitlana she was 17 years old. Recently she spent hours under a concrete stairwell where her father had to carry her when several of Putin’s missiles entered Lviv’s air space.

Svitlana needs help getting to safety out of Ukraine and getting advanced treatment for her disease.  Such treatment has not been available in her home country.

Olena Mikula, Svitlana’s mother, explained about Svitlana’s disease as she was growing up.  Olena said that initially the doctors thought it was hydrocephalic syndrome, a motor disorder syndrome, treating her at the age of three months with injections, massages, and plaster casts on her legs due to severe spasticity.  At 11 months doctors were surprised that there was no progress.  They then ran further tests and the diagnosis was changed to myopathy. Olena said she constantly treated her daughter with physical movement, working with her for 10 to 12 hours a day for 16 years. She gave Svitlana herbal baths, massages, charging according to Kazyavkin’s system, and reflexology. Svitlana started to grow but something was wrong because her muscles did not. With help from Olena, Svitlana could sit, she could even walk as a little girl but she could never hold her head up high.

Most of my life I considered myself to be an adventurer, a bold person, a risk taker for a good cause. My ex-wife and friend once wrote about me that it’s in my nature to help the underdog even when it means standing by myself to confront a wrong.

Let me tell you the truth. Ukrainian people are the most adventurous, boldest, risk takers for good causes, on the face of the earth!  You don’t need me to relate the stories about all of the heroes who live in the land called Ukraine, but a short history might help. These people came out of the stone age 2000 years before the people of what is now middle Russia ended their practice of cannibalism and using stone tools. They may hold first place in the domestication of the horse.

Female warriors in Russia during WWII, during Israel’s fight for independence, and during hundreds of partisan wars in history, hold at best second place to what the Romans called the Amazons from the territory that is now Ukraine. Alexander the Great was defeated by the ancestors of Ukrainians in a place called Mykolaiv, Ukraine.  Today Mykolaiv is under the gun of Russian forces attempting to encircle Odessa, the pearl of the Black Sea.  Ukrainians were The Hundred Angels who fought, without guns, and died for the future of Ukraine in Maidan (see HBO “Winter on fire”).  Now those Ukrainian men and women as well as people from all over the world, fight for what is right. All of us are Ukrainians today!

We urgently need to get Svitlana out of Ukraine.  Her first floor flat is 60 feet from one of the largest military induction and military education schools within the city of Lviv.  This is a priority target of Russia and Svitlana can’t run away.  There are literally Ukrainian military vehicles, including tanks, a stone’s throw from the front door of her building

There are millions of Ukrainians, mostly women and children, finding shelter abroad during this war, but some Ukrainian youth with mobility disorders and disabilities are falling through the cracks.  With no means or places to go to somewhere safe, she remains under the concrete stairwell when carried there during air raids.

During this disastrous war in Ukraine, more than ever Svitlana needs a warm, safe place, caregivers, internet service to stay in contact with the world and her family, and a comprehensive medical evaluation and treatment.

Currently Svitlana is being cared for by her father who teaches at a nearby university, but men are not being allowed to leave Ukraine and he may have to serve in the army beginning in August this year.  Svitlana’s mother, older sister and her two children, a four-month-old and two-year-old, are safely in Hamburg, Germany being helped by German efforts to assist Ukrainian refugees.  The flat where Svitlana lives is a prison for her and her caregivers because it is not handicap adaptable.  Designed for people who can walk, caregivers struggle with narrow hallways and doors, extremely small toilets and bathing areas as well as being located next to the military training facilities.

Experienced in environmental regulation impacting property owners, applying GPS, GIS, database, and drone technologies, I have successfully handled multi-national wetland and regulatory projects.  My goal for Svitlana is to purchase or lease a one room flat in a safe, stable location outfitted for one or more caregivers and our patient.  This needs to be a space where Svitlana can experience freedom of movement and the quality of care that produces a healthy normalcy to her life.  I want her to be able to get advanced medical care, treatment, and physical therapy in order to slow down the progression of her SMA.  Besides being in a safe and functional environment, she needs a complete review and analysis of her condition by Western medicine.  Advanced treatment for SMA exists and Svitlana needs access to that.

Currently we’re focusing on Germany where such treatment is available.  As well as the flat, my plan includes a week’s stay in a treatment facility where recommendations for dealing with Svitlana’s condition could be made. To date Svitlana has not been able to get the known Western advances in treating SMA.  Doctors in the west have applications that slow the progression of the disease and are actually able to somewhat improve mobility.

My Plan for Svitlana Mikula:

Goal: Identify, purchase or lease existing handicapped adapted or adaptable housing for a young adult with a non-critical-care SMA mobility disorder, plus a caregiver. Acquire a small residence in a village setting or flat in a relatively safe, nearby area of Poland, Germany, Slovenia, or Ukraine if the current war conditions stabilize. 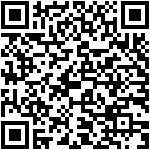