On December 22, 2020 Charles (‘Charlie’) was rushed to the Emergency Room and subsequently admitted to hospital for an extended period of time where it was discovered that he had developed diabetes. His care was a very difficult case to treat, with a blood glucose of over 735 mg/dL, an A1C of 13.7, and Diabetic Ketoacidosis (DKA) along with other complications which required almost 2 weeks of hospital care with 5 days initially in the critical/intensive care unit (C/ICU).

Following his discharge from hospital, Charles has needed continued intensive medical supervision and support, along with regular medical visits with his primary care providers, diabetic specialists, dieticians, and other medical appointments (such as at an eye hospital) due to continued complications as a result of his diabetes. As part of Charles’ ongoing care and treatment he now needs to take at least 5 injections of insulin every day to keep him alive –anyone with knowledge of diabetes will know this is a lot of injections- along with several other medications and also needs to use a Continuous Glucose Monitoring (CGM) system to ensure his BG does not get too high or dangerously low.

Before his hospital admittance he worked as an IT professional for 20yrs in the public servant sector, but has been out of work on Family Medical Leave (FML) since hospitalization due to his illness, and by early February had used up all of his vacation and sick leave balances; as a result of this his family has since received no further pay or assistance from his employer.  Because he is no longer on active payroll status his employer has ceased paying their portion of his health insurance placing the full burden of more than $2,100 per month for continued coverage upon his family.

It is hoped that this campaign can help raise at least $10,000 or more to help him and his family pay for the outstanding hospital bills as well as for continued medical expenses arising from specialists visits, medical equipment (his monthly CGM supplies) and medications; his medications and supplies are currently costing well in excess of $3,000 per month. And even after any programs and price reductions his family still has to find more than several hundred dollars every month out-of-pocket just for his medicines alone, at a time when he and his family has little to no income.

Nobody should ever need to choose between living or dying because they cannot afford the medications they need, so please help where you can.  Any and all donations, both big and small, will help this family in this time of need, and all donations by US residents are tax deductible! 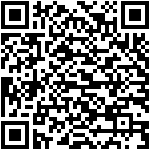