Help me save Cosy’s smile! Please Help Me Save Cosy’s Smile!

I have known Cosette for over twenty-five years, and she is quite simply the BEST human I’ve ever met.  When I met her, she was struggling with severe depression, brought on by improper post operation treatment following a medically required hysterectomy.  She lost her job, and was having trouble finding a new one because of the lack of a college education.

Cosette pulled herself up by her own bootstraps, and got herself into a good Junior College where she thrived.  She majored in Social Work, setting out to help those facing similar challenges that she encountered as a naturalized American from Dominican Republic.  She studied Cultural Anthropology and learned of the cultural influences facing children in American educational institutions.

She finished an AA degree in a year and a half, and was then accepted to New York’s Brooklyn College, where she earned her BS degree in Social Work.  That moved her across the country to California, where she received her MSW at San Jose State University.  Upon graduation, she was offered corporate positions with potentially high salaries, but instead she chose to work for nonprofit community service agencies servicing school age children.  With a compassionate smile and giving heart, she administered to children of all of the cultures which immigrate to the state of California.

The local school district said of Cosette, “she is the missing link of multicultural education.”  She won a Women In Leadership award from Silicon Valley Chamber of Commerce.  Children responded to her like she was an answer to prayers.

Cosette is retired now, near 70, and has unfortunately had several more serious medical issues, leaving her with a tiny savings, a small Social Security Check, and Medicare.  She has no pension from nonprofit agencies.  But Cosette is tough, and she’s getting along.  Whatever difficulties Cosette suffers, she finds a way to engage and help others.

Now she is beset by severe periodontal and dental issues.  A small group of friends have contributed some to the cause already, but more is needed.  Please help if you can.  Preserving Cosette’s smile doesn’t just favor her.  It favors everyone in her presence. 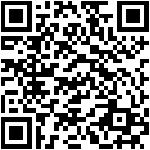