I am writing this to support my brother, Johnny Byrd, who has been diagnosed with Pancreatic Cancer, Gall bladder issues including Gall Stones, and lesions on the Liver.

Johnny was a blue baby, meaning oxygen was cut off from his brain during birth because the umbilical cord was wrapped around his neck. There were few resources to help a baby with oxygen deprivation in the early 60’s.  The complications have made life very difficult for him.

Although he struggled to learn to read, write and speak, he did graduate high school and attended college where he became a welder, got married, and had a daughter.

Then the illness came on fast!  His abdominal pain first appeared to be digestive track issues but later revealed Gall Bladder problems including Gall Stones. Then came the worst news, which was the diagnosis of stage 4 Pancreatic Cancer on April 7, 2022.

The medical bills are growing, but his income has dropped.  Johnny’s FMLA was approved in May, and he has just started receiving his disability from work, but it is less than half his regular pay.

To compound the challenges, his daughter was diagnosed with COVID-19 in January 2021 and almost died. She lived with an aneurism and seven blood clots on her brain for over a year. A test a few weeks ago revealed they were gone.

Stress for Johnny has been astronomical.  We can help relieve some of that stress, so he has a better chance of beating cancer, and at the same time help reduce his daughter’s stress so she is less likely to have a stroke or more blood clots.

You can do three specific things that will make a major difference:

Thank you for making a difference!

PS. Who’s in the photo?  Front left is our mom, Sarah Byrd Cooper, and in the back is Erica Byrd, Johnny’s daughter.  Johnny (70lbs lighter) and our sister, Barbara Byrd Logan. 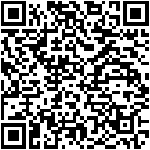