My name is Daija Cyranoski and my little brother, Cameron Cyranoski, has recently passed (10/14/21) at 17-years-old after a 6-month struggle with colon cancer.

Before I get into his condition, I’d like to share a few things about my brother. He was born on August 2nd, 2004 to our mother, Tara Cyranoski, and a father who was never in his life. He was diagnosed with autism and ADHD as a toddler which meant he struggled in school but found comfort in sports.

Cameron was always a super active kid, you could almost always find him outside riding a bike, bouncing/throwing a ball, swimming, running, any kind of physical activity he enjoyed doing. Once he was able to play sports, he took no time to ask our mom to sign him up. Over the years, he found football to be his favorite sport, and that team he had played with for so long quickly turned into his second family.

Upon his passing, my brother was a junior in high school with many friends who loved him dearly, but unfortunately, didn’t get to hang out with him much these past few months due to covid. Even though he wasn’t very fond of school, he found online to be too hard without the in-person help of his special education teacher, so he was excited to be able to go back. It’s too bad he was never able to.

Colon cancer is not common in kids it’s rare. My brother was given the gene from his father, who suffered the same diagnosis when he was younger. The cancer spread to his bowls, which resulted in him no longer being able to poop properly — needing an ileostomy bag — the chemotherapy was given every other week, and even with all that having been done, it had spread to his kidneys. He was sick and in pain almost every day, but through it all, he was such a trooper.

Cameron barely complained the entire 6 months; he kept a smile on his face and tried to go on as usual. There were a lot of things my brother wanted to do but wasn’t able to because he felt so sick all the time, even the little things would tire him out. He had gotten to the point that he couldn’t go anywhere without a wheelchair because walking became a struggle.

Cameron’s health only declined as the months went on. We all kept hope, believing we would receive a miracle, that my brother would be able to leave that hospital and ring the bell because he was finally in remission. Unfortunately, it never happened.

Now that he’s gone, we are heartbroken and in need of financial help with his services and cremation. We are a close-knit, 5 (formerly 6) member, low-income, family that lives in a small house altogether. My mom and I quit our jobs to be able to properly care for my brother and be with him whenever he had to be admitted into the hospital for chemo, radiation, or pain management.

My mom, grandma, and uncle receive money from the state/disability which means we have just enough to pay for rent and amenities and barely any for miscellaneous things. So, not only are we mourning my little brother but worrying about the finances that come with losing a loved one.  We are not a family that often reaches out for help, but my brother deserves the best and we want to give it to him but are currently unable to. Anything helps and we appreciate anyone who decides to donate to us. 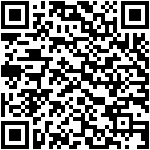