My name is Heidi Duffield and I live in a small rural community in Illinois. I’m 54 and have been a Beautician for many years, then developed a pain in my elbow that I first ignored then tried to live with. I finally sought medical treatment to no avail and was sent to a doctor who decided to look into it further. Those test results led to more test and more results till I finally learned I had small cell lung cancer that had spread to my elbow.  I was told I had the fastest spreading and worst type of cancer as if I had the option of choosing the best type of cancer. After receiving my diagnosis and starting the treatment possess, my body caught up to the idea of how sick I really was. The disease and treatment are equally brutal, and I have been so sick ever since. I’ve spent weeks in various hospitals, see so many doctors and am taking a variety of treatments but as I fight to live, I’m being buried by medical bills and expenses and excuses from my insurance as to why they aren’t paying them. One hospital bill alone is $90,000.00 for a hospital 100 miles from me and the only option I had because of Covid but the insurance is refusing to pay because it’s out of my coverage area. I’ve gone from someone who used to help everybody to the one who needs help from everyone. I have said F**K Cancer and will fight like hell to get my life back but would greatly appreciate the help from anyone who understands the disease and the pricy medical system I have to rely on. I thank anyone who reads this for their prayers, donations and even second thoughts to know you understand my plight. 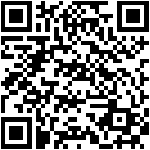