From Serving To Disabled The year of 2021 was an extremely difficult one for Robert “Bobby” Marshall Boyer and Karen Ray Boyer. Both of them continue to share a load of expensive chronic, disabling conditions that forced them to stop earning a living, which they truly wanted to serve and work until retirement age. However, in their early-40s, they are now unable to work.

In their marriage, there have been at least six shared life threatening events that were partially linked to their chronic, disabling conditions. They have relied on each other—saving each other during some of the scary life threatening moments—due to Karen’s nursing knowledge and experience.

In July 2018, Bobby became septic and admitted to the hospital for nearly a week that was a life threatening event. Karen’s second nature RN triage assessment told her something didn’t seem right about Bobby’s condition prior to his hospitalization. Since then, his health declined to the point he resigned from school bus driving after nearly 12 years in early 2019, but attempted to work as a ready-mix concrete truck driver. However, that job failed in April 2019, after only one month on the job. Unknowingly, but suspected over the decades, Bobby took the notion to get screened for autism spectrum disorder (ASD) from May 2019 to February 2020, getting diagnosed with high functioning to moderate functioning deficiencies in the spectrum at the age of 39-years-old.

Between the autism screening process, he filed a disability claim with the Social Security Administration. Then he worked part-time for a year as a caregiver for his grandmother who suffered from advanced dementia and chronic renal disease from July 2019 to July 2020. After a brief two-month unemployment period with the assistance of Autism Society of NC in their job placement program, he worked as a production worker at a company that helped trained adults with disabilities and special needs to be more independent from September 2020 to December 2020, but his chronic, disabling conditions forced him to resign. After his December 2020 court hearing related to his pending disability claim, the Social Security Disability Insurance (SSDI) claim was approved in January 2021 with nearly two years of backpay.

Twenty-three months after Bobby had sepsis, Karen had a life threatening Urosepsis diagnosis in June 2021 related to her chronic bilateral kidney stones. That led to further decline in her health. Then there was a freak accident that left a fracture in her foot in late August 2021. On top of the Urosepsis, the fracture foot, and her other chronic, disabling conditions, everything came crashing down that involved her two-decade nursing career.

Karen’s chronic, disabling conditions forced her resign in October 2021 or get fired. She knew what she needed to do: file for SSDI and resign.

And like that, Karen’s registered nurse (RN) career ended after serving her communities in her home state of West Virginia (WV) from 2002 to 2012 and her adopted state of North Carolina (NC) from 2012 to 2021. In WV, she was employed in a hospital, male juvenile detention center, hospice, and nursing home. In NC, she worked in various employments as a home care nurse, hospice nurse, at-home call center nurse, and her last job as a triage RN that was inside a government-funded clinic that served a majority of poverty and homeless patients.

Their shared chronic, disabling conditions has caused many hardships recently. Due to these hardships, it’s been more difficult financially. They are in the early process of packing and moving items from NC to WV. They are downsizing and will sell their double-wide manufactured home that is on a permanent foundation in the coming months. Then they will buy a single-wide home in WV.

On top of all these hardships: they are still waiting on Karen’s SSDI pending claim, they are both in need for continued expensive medical care, and they need financial means for basic necessities of sustaining life. Therefore, any financial donation no matter how small will be appreciated, if you have the means to do so. 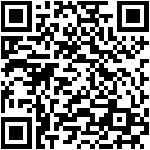