Michael Waller, my boyfriend, is a true human angel.  He had some tough breaks growing up so  the Navy was his option after high school.  Although he scored in the highest rank on the ASFAB test (he is super intelligent), Michael did not end up on a nuclear submarine, which ALMOST happened. (Michael is the most honest person I know). So he became a carpenter and a contractor and also would do any odds and end job to make ends meet.

The amazing thing is – Michael wants to help people who are struggling so badly that he often does jobs for free or at minimal cost, so it’s hard for him to get ahead – although he has managed to stay out of debt for over 25 years. The most amazing thing about Michael is that he helps almost every person he meets who has a need.  I am sure if he had the resources I could say every person.  He’s given away 2 cars  to people he thought needed them more than him.  He stops and helps people on the road, gives away anything he has, brings shopping carts to the front of stores, volunteers for people and never passes up a need.  Because he was a theatre manager, he always cleans up everywhere he goes, even parking lots, pulls weeds and leaves every place and person better than when he found them.

When visiting a good friend, he cleaned their kitchen thoroughly, then washed their car because they were dealing with moving. He was never asked to do this, he just saw the need and did it. That is just an example.  On that same trip, I was doing business in San Francisco for a company and brought him along.  He felt so badly for the homeless people there, he went to a bank and loaded up on five dollar bills, trying to help every person he could with the limited funds he had. Finally, I had to tell him just to pick one person and see what he could do.  If someone were to tally all of the giving and good deeds he has done in his life, a novel could not contain the sum of them.  And he does all of it whether or not he is recognized.

Right now he has a 2008 Toyota Corolla that has 218,000 miles on it and he has to travel great distances to visit and help his grandfather in Alabama and father (who passed away from COVID 19) and also me in North Carolina because I can’t drive myself right now due to a health challenge.  All this while driving Uber/Lyft and going to Indiana for contract work when possible.  The Corolla is not much but he stewards it like a brand new car so his passengers feel good.  His ratings are always super. Soon the car will be too old for Uber/Lyft standards.

I keep thinking if I could give him one thing it would be a good car… there is no one more deserving, at least I have never met them, and in my life, and I have met a LOT of people.  Whether or not this is accepted, I really appreciate you reading his story.  If everyone lived like Michael, it would be a different world. 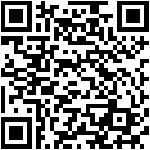