As many of you are aware, Chris and Hayley’s son, Grayson, was born with a congenital heart defect known as a mitral valve arcade. This defect is so incredibly rare, there is actually no known incidence of it prior to his case. The defect in short order caused stenosis of his mitral valve, leading to heart failure, which would require open heart surgery to fix.  The goal was for Grayson to grow as much as possible, so as to lower the risks associated with the surgery. Unfortunately, on October 3rd, Grayson’s vitals declined significantly and he was admitted to Phoenix Children’s Hospital to their Cardiovascular Intensive Care Unit. His condition further deteriorated, and the doctors made the difficult decision to operate in efforts of repairing the valve. Days following the surgery, it became evident that the repair was unsuccessful, and Hayley and Chris would be forced to again place sweet Grayson on bypass, stopping his heart again, to perform a second surgery. Our collective hearts broke at this news, as this is something no parent should ever have to endure. Our tough, brave little man made it through the second surgery, only to learn two weeks later that the repair failed. We were simply devastated and time was not on our side. Grayson was growing tired and extremely weak. We needed a miracle.

… And a miracle is exactly what we received!  Grayson was medevaced to Children’s Hospital Los Angeles on November 11, and operated on by one of the top pediatric cardiothoracic surgeons in the nation the following day. The surgery was a success, and it saved Grayson’s life. For this, we will be eternally grateful to the entire Children’s Hospital LA team including Dr. Vaughn Starnes, along with our miracle workers, Mike and Debbie Singer.

There are many expenses and challenges Hayley and Chris are facing going forward.  Unfortunately, Children’s Hospital LA is out of state and out of network for Hayley and Chris, leaving them with a tremendous bill (in addition to the bill from Phoenix Children’s Hospital for the prior 2 surgeries and ICU stay) Medevac’s are also not typically covered by insurance, and can run upwards of $100,000. While the future is still unclear, due to the type of valve replacement Grayson had, he will require special care, and will not be able to go to daycare due to risk of infection and injury. He will require a second open heart surgery in 5-6 years as well. In addition to the medical and care expenses, Hayley and Chris have been living at the hospital, eating between the cafeteria and takeout, which has been an expense in and of itself!

As a result of all of these expenses, we want to help ease the tremendous financial burden that Hayley and Chris are facing. Both Hayley and Chris were adamantly against the idea of accepting any help, but with the medical costs quickly rising to over $100,000, we as a family could not handle the thought of them going into debt in order to save their son’s life. It is not a decision any family should have to make, so we forced them into accepting the help. Thank you in advance for your support, both financial and emotional. It has meant the world to them. 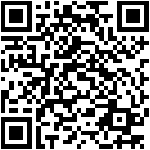