A home for us Hello everyone, In 2018 my wife Sandy was diagnosed with breast cancer, we looked at all of the options to beat this diagnosis including going Mexico to visit the highly rated CHIPSA (Centro Hospitalario International del Pacifico, S.A.) while it was filled with people from all over the USA and was impressive in its protocols, success stories, and progress stories from patients, we decided to stick with western medicine for multiple reasons, with one of the biggest drivers being it is (MOSTLY) covered by insurance. My wife Sandy underwent traditional western chemotherapy, and radiation protocols as well as a double mastectomy and reconstruction. After a year she was told she is in complete remission and a year after that we were told to come back for checkups every two years.

Fast forward to February 2022, after multiple doctors visits for a bad cough and other ailments and after being prescribed an inhaler for what was diagnosed as an allergy condition, she was finally diagnosed with stage 4 metastatic breast cancer (spots on the spine, kidney and lung). The doctors stated all that she could do was hope that medications would arrest the growth and just be comfortable. We are of the mind that there is a chance to live up to and including during your last breath! So despite her protestations, we decided that her life was worth everything! We took all of our savings, maxed out the credit cards ($39,000 so far) and went to Mexico to start with CHIPSA, program. After 3 weeks of their protocols, her cough has gotten 50% better, her blood tests show lower amounts of the cancer cells in her body, the scans show no further growth, we are home now performing the protocols (medications and injections) here and in three months it is back to CHIPSA to finish the protocols.

While all of that is great! it still leaves us living check to check and it is weighing heavily on both of us, and in her case she is consumed by doubts about the choice for treatment as it precarious position financially, We had talked about living an on the road lifestyle during retirement (this year was supposed to be retirement) in a camper with our pets. So our request is for money to purchase a schoolboy to convert to an RV, I have converted four already for friends so I am aware of the time/materials and such. We can use this to live in while completing the treatment at CHIPSA and it will be our home afterwards.

Thank you all for your time and donations. God Bless You All!! 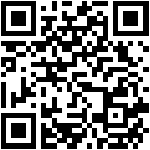