My husband, Dave Fontana, is in the biggest fight of his life. As most of you know, Dave was diagnosed with Multiple Sclerosis in 2016 at 46 years old and MS is proving too much to endure. In the last few years he has lost so much due to his numerous devastating symptoms. Earlier this year, Dave handed over his work responsibilities to his family and staff since he has become unable to complete the simplest of tasks. Dave’s prescribed medications are extremely expensive and toxic, and the chance that they will stop him from regression is FAR TOO LOW. We need to continue to fight this deadly disease with everything we have. When you think of Dave, do not think of his struggles and his disability alone, think of his daily FIGHT and HOPE! Dave has always been a fighter, a community supporter and a good friend to all. He started in martial arts as a small child and at one time (a long time ago) he was the youngest black belt in Ohio. He later went on to compete in the Goodwill Games. He has been and continues to be a wonderful father and provider for our family regardless of his disability. A life long Parma resident, he continuously supports the community and coached various sports teams as our children grew up. For sixteen years he has owned Musketeers Bar & Grill and is a strong supporter of the schools and community of Richfield, Ohio. Some of you know him from our charity car show that we hold at Musketeer’s every year in August to raise funds for a cure for Juvenile Diabetes. This is another cause dear to us since our youngest son was diagnosed seventeen years ago. Dave has always been an unstoppable force of nature, and the guy you call for help or a favor. Dave is known wherever he goes and has more 40 plus year friendships than anyone I have ever known. Dave was one to be in constant motion from morning until night! With much research, we have taken the steps to apply for HSCT. HSCT is the transplantation of Multipotent Hematopoietic stem cells that will come from his own marrow. This is a very invasive and expensive treatment that involves a regiment of high potent chemotherapy. HSCT is proven to halt the disease progression in Multiple Sclerosis. Currently, this is our only hope for Dave. We have applied to two different facilities that are home of the top two doctors in this field. Even with the slim chance that Dave is accepted in a Chicago trial, we decided to not wait any longer and move forward with this procedure. Health Insurance will not cover the high cost of the thirty-day treatment facility and the expense is seriously too much for our family to take on alone. We are asking those of you who know Dave to please help him win this fight! We are seeking your support and assistance in this process. The sooner the procedure the better as time is of the essence. The one advantage we have in Dave’s fight against MS, is ALL of YOU fighting along with us! ***We must conquer our fear to avoid losing the battle*** 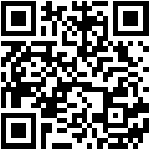