My journey actually started in October 2012 on a camping trip.  We were camping in October, and it was about 30 degrees and dark.  Getting ready to light a fire we were cleaning leaves around the fire pit as any good Scout would do.  As I dragged leaves away from the pit (about 5 feet) I hit the edge of the river bank and in I went.  I slid down a 6-foot bank all the way to the bottom of the river, about another 6 feet and I remember laying on the bottom.  No one heard me quietly slip into the water, so they didn’t know where I was until l clawed my way out.  Now, remember it was 30 degrees out, and I had several layers on, plus work boots. By the time I got to the camper door, I was down to my underwear. My son had grabbed my cell phone from me as my clothes left a path from the river’s edge to the camper door. My wife was inside and had no idea what was going on.  She sees her naked husband shivering with blood covering his back.  Thank God I had turned on the hot water as I went right to the shower to clean up and warm up.  After the shower, I spent 5-10 minutes washing out my mouth from this muddy water.  We could finish the camping weekend with this amazing story to have forever.

As time went on, my left shoulder was bothering me and hurt during the fall. I had pain meds, PT, and surgery to fix whatever was wrong.  Things were looking good for a while but took a turn for the worse.  My surgeon sent me for an MRI but called me beforehand saying he was adding dye as he thought he saw something on an X-ray.  On July 31, 2013, at age 49, I headed to the doctor’s office to see the results of the MRI.  My youngest had just graduated from high school, my oldest had just gotten married earlier in the month, and we were on a huge high.  The morning of the appointment my wife and I actually had an argument, and we went our separate ways for the day.  I get to my appointment, and I am shown what looks like the bones in my left shoulder exploding.  He does not use the C word but sends it for blood work and more X-rays. As I am sitting for the blood work, I look over and see that most of the tests are cancer tests.  I then headed to X-ray, and they X-rayed every bone in my body.  I then left and headed to my truck; l sat and cried, not knowing what to do.  I went to my personal physician, who saw me without an appointment. We sat and cried together, and she set up more tests and got an appointment for me with a hematologist.

Next, it was back to the truck to cry some more and to call my wife.  We talked, and she felt terrible about the morning, but all was good.  We spent the next few days crying and going on long drives.  We stopped at some peaceful places just to talk and plan.  We still didn’t know the type of cancer, but I was dead and buried within six months.  Later that week, we discovered I had Multiple Myeloma, incurable cancer.  I started chemo right away, which led to my first stem cell transplant, where I almost died as I went into a coma-like state for a week.  I recovered over a four-month period and returned to work while still having chemo.  I had a few good years but needed a 2nd stem cell transplant in 2019.  This time I was out of work for eight months and had some memory loss and other side effects. I applied for disability and officially retired just after my 56th birthday.

This is going somewhat OK, but I have chemo every other week, which definitely puts a damper on some things I do.  We are trying to enjoy life as best we can, but I constantly worry about our finances.  If I were still working full-time, I would definitely have more funds.  As hard as I have tried to get my bills under control and to a point where my wife could retire with me, I have not been able to do it.  In fact, with each passing year, it gets a little harder.  The stress from this is getting high.  I have never asked for help as I wanted to do it on my own, but I might be at a place where I need help.  If I can get things fixed my hope is to use my equity in my house to do a complete fix.  I just need to get over the first hump, and I can’t get a loan to do that.

I thank anyone willing to help out, as I know no one needs to, so it would be so very much appreciated. In closing, I will leave you all with this, I never once asked Why me but have always said Why not me; I am no different than anyone else in this world. Thank You, Gary 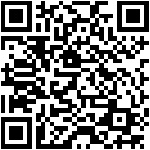