He was diagnosed in April 2016. He has had five different surgeries to date.

The first surgery the doctors made an incision across his tummy where they originally done his biopsy of the tumor in his stomach. The tumor originally measured 12.9 cm; when he had his fourth surgery to remove the remainder of tumor, it measured 3.1 cm.

His second surgery was to put his port in his upper left chest. The port was placed for him to receive his chemotherapy medication with the least amount of discomfort.

After months of chemotherapy treatments, he had his third surgery, where a catheter was inserted in the side of his neck. The catheter was placed to collect his stem cells for storage, so when he was to have his transplant he will have the stored stem cells during surgery. Storing his cells enables them to replace his cells to boost his immune system back up.

Now he has had his fifth surgery, where they put in a central line in his upper right chest. This was placed for him to receive his stem cell transplant. During these two weeks of transplant, he will be receiving chemotherapy medications 24 hours a day, for the first week, then for the second week they will be returning the stored stem cells back into his body. He will be hospitalized for a month, and then he will be in recovery for the next month.

His parents are unable to work through this process and financially this has put a huge toll on their family. They need living expenses and reliable transportation back and forth during treatment and future treatments. This is at least a four year process. Currently they are staying in Dallas, TX for Treatment but live in Vivian, LA approximately a three hour drive one way. Trenton has a twin brother that requires 24 hour childcare as well that is staying in Vivian, LA with family. Even with pooled resources from family and the community, the family is still struggling to find a permanent residence and a reliable car to transport Trenton back and forth to Dallas, TX.  Most of the medical bills are covered through insurance however, there are everyday items that Trenton needs that are not covered medically when he is home being cared for.

Please help this family in any way you can so they can focus on caring for their babies. 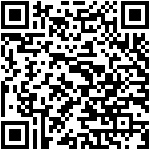