Stephanie Whitaker was a single mom of  Hunter(15) and Katie(12)  She was diagnosed with stage 4 cervical cancer in 2017, she had several rounds of radiation and was stable for several years. 2 months ago she started having back pain, and unable to to walk. She was sent by ambulance to Mid Michigan Medical Center in Midland.  She had several imaging studies which showed her cancer had metastasized to her bones.   Stephanie was put on Hospice on October  25th and things quickly progressed.

On November 13th Stephanie passed away at the age of 40 leaving behind her 2 children.  She had not been able to work for years and had no way to make arrangements for her funeral or her children after she passed away.  Stephanie has a loving family that will help raise her children, however any financial help would be greatly appreciated. 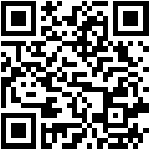