On December 6th, 2022, I went into the hospital for what I thought was a simple Heart Cath to see if and how much blockage I had since I didn’t feel right & the CT scan showed an uncertain percentage. Little did I know during the Cath procedure the vein they were using ruptured, and my heart stopped, and I died! Emergency CPR was performed, and I was dead for 15 minutes, the bypass operation began. Four days later, I woke up with no idea what happened. The Doctors had no idea if I would have brain damage, I had acute kidney failure and will be seeing a Dr for that, I was blessed not to have brain damage. I have missed work & I am scheduled to be released by my Dr in March 2023, at which I have become, as of now 2 months behind on our house payment, I have received a payment of $272 from FMLA. & We haven’t heard from Short-Term Disability as of yet. There are bills coming in from doctors and have upcoming appointments. My decision to do a campaign page has been difficult because I like to pay my way without asking for help, but we have a 13-year-old girl and a 16-year-old boy living at home who did not get Christmas and doesn’t fully understand why there’s no money. May God bless anyone who helps us get through these times so we can get back on our feet. Thank You in Advance. 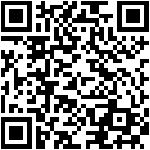