The Story of the Gingerbread Project

The Gingerbread Project is a creation of Houston Racquet Club’s Chief Operating Officer Thomas Preuml, CCM. He began building gingerbread houses in 1991 and in 1993, he donated the display to M.D. Anderson Cancer Hospital in honor of a family member who was undergoing treatment. In 2008, he started a Houston Racquet Club tradition of donating the Gingerbread House to the hospital along with toys and monetary donations from HRC members, staff and friends. Additionally, gingerbread houses are donated by River Oaks Country Club, the Petroleum Club of Houston, Forest Club and The Briar Club to create a truly spectacular display. Since 2008, over $150,000 benefiting the Child Life Program at M.D. Anderson Children’s Cancer Hospital, has been raised.This year, in light of the passing of former United States President George H.W. Bush, the HRC Gingerbread Project’s annual donation to M.D. Anderson’s Children’s Cancer Hospital will be made in honor of George and Barbara Bush. As one of HRC’s first Honorary Members, George and Barbara attended the original Grand Opening Gala in 1969, where he gave the dedication speech for the Clubhouse. Please thoughtfully consider joining us in making a tax-deductible donation to this cause to provide funds for childhood cancer awareness and research, and to honor President and Mrs. Bush for their role in establishing HRC, and for all they have done for the greater Houston community. We thank you for your consideration and support! 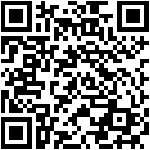