Robert Hackman , a hardworking American citizen. (Wife raising money for Chemotheropy and radiation treatments) Together they worked to purchase their  home until they decided to move again because of the growing and rising costs of living in the Katy Texas area.While moving Robert fell off the back of the moving truck and broke his hip in half they had to do a total hip replacement . For some strange reason Bob could not eat very much during this time  and Dee knew something was wrong other than a broken hip; However he still went back to work to buy his new mobile home in Merkel Texas but Bob had to wait 90 days before he would  get health care coverage from his job so Bob did not get diagnosed right away.  Bob is a security officer and so is his wife Dee. In his 20+years as a guard he managed to save a 401 k that eventually got depleted with the costs of setting up the mobile home and the mistakes that costs him everything to put the home on his lot . It was 20.000. He bought his land for (10 of that 20 ) and the other 10 went for the down  payment on the mobile home. So while Bob was working he got worse with no eating due to pain in his esophagus . On January 20th,2017 Bob was sent to the Oncologists who admitted him to the Hendricks medical Center for treatment of a tumor growth on his esophagus. On January 21rst,2017  the doctors told him they could not operate to remove the tumor because it had spread to the limph nodes  and  part of his left arm. He would have to start Chemotherapy right away. Bob has some insurance ; yet   all but 20% of the bill is covered with his plan. This means Bob will have to foot the rest of this bill. He and his wife just moved into their new mobile home and Dee had just landed her new security job when they got the bad news. Now Dee cannot start the new job , but must help Bob while he is in the hospital. Bob and Dee  are simply trying to raise money to pay for the Chemotherapy and radiation treatments and an extra 6000 to pay for the medical bills .    We are christians and serve our Lord Jesus Christ and thank him every day for our life, health , strength and breath. Thank you all for your support to help see us through this. 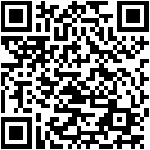