Please Help my Brother SKYLER HARRIS with his Medical Bills Please help my brother Fly like an Eagle again.  Some of you may know that Skyler Harris recently moved to Santa Barbara to start living his California Dream!  He has only been there 2 months, but he had already found a job he liked, and just bought a car a few weeks ago.  On Saturday 11/19/16 the whole family,  my Mom & Dad (John & Cara Harris) and Me(Cristol) Colby & Devin were all able to fly to Santa Barbara for vacation to visit Skyler for his 22nd birthday and to spend all of Thanksgiving week with him.  We had such a good time Sat night and were all together on Sunday to watch our Seahawks beat the Philidelphia Eagles.  Later Sunday night, Skyler went to go pick up his roomate from work as he doesn’t have a car.  Santa Barbara hadn’t had any rain in months but it was downpouring that night.  As Skyler was exiting the freeway he was involved in a freak accident as he ran almost head on into a 5 ft high concrete barrier and rolled his car.  He was brought into the hospital completely unresponsive in critical condition.  They have kept him in a medical coma with two fractured vertabrae, a broken sternum, a broken left arm, fractured ribs, bruised heart, slight fractures in his back, and lacerations on his head.  As I write this on Wednesday the 23rd, he has just come out of surgery to place screw plates in his neck to give him support.  As of yet he has not been taken off sedation or the ventilator.  He currently has movement on his right side but nothing on his left.  We are hoping for the best after swelling in his brain has gone down that he will regain movement on his left side.  He is still in Critical condition in ICU and is expected to be there for at least a week.  We are hoping to have him actually wake up on Friday!  Once he wakes, we should know a whole lot more.  After that he will need to be airlifted back to Washington to Harborview to get him the care he will need.

Several people have asked if they can set up a go fund me account to help with medical bills.   I am reluctantly asking for help from people who know Skyler as he will need months and months of rehabilitation if not years.  His car insurance had very little in medical coverage for him and even though my parents have him on their insurance,  there will no doubt be thousands and thousands of dollars in bills that will not be covered.  I know my family will be forever thankful and greatly appreciative to any who can help and even to those who cant.  We have already been so overwhelmed with all the people who have reached out to comfort us and to organize prayer chains and give kind thoughts.  Many from people we don’t even know, but know someone who knew Skyler or our family.  Our whole family is so blown away by the people around us.

I decided to use givetaxfree.org for a funding site as any donations are actually tax deductible for donors.  Please don’t feel obligated but many have asked how they can help.  We will keep you posted, Cristol Harris 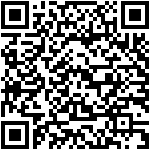