Please help Georgia if you can Glory to God for all things. As many of you know, our precious daughter, Georgia, started having grand mal epileptic seizures on Holy Tuesday, 2021, shortly after her 18th birthday. Georgia had always been healthy, and had never had a seizure before, nor had anyone in our family. When the ambulance took her to the hospital on that first day, she was diagnosed with COVID 19. We have seen countless doctors, neurologists, and other healthcare professionals, including an epilepsy nutritionist, and they believe that while seizures are multi-factorial, COVID played a role, possibly by weakening the blood-brain barrier. Georgia has undergone numerous tests, including X-rays, EEG, MRI, and CAT scans of her brain and upper-cervical spine. The upper-cervical chiropractor we are seeing believes that a 2017 car crash, in which Georgia suffered a concussion, caused a misalignment in her atlas which is a significant contributor to the seizures. Georgia is also on numerous medications, supplements, remedies, etc., including Keppra. She has also tried a myriad of other avenues, including breathing exercises and the medical ketogenic diet, which she followed for many months. Seizures have continued at an average of one or two per week since April.

Yesterday, I stepped into the restroom, and while in there I called out to Georgia my usual “ola kala—all good?” which I typically call out whenever Georgia is out of my view, since this new normal dawned on us. I usually hear her sweet voice responding, “Ola kala, mom, don’t worry.” But this time, nothing. I rushed out of the bathroom as quickly as I could limp to find her leaned back into the sofa with her eyes open, that familiar frightened blank gaze staring up, the smoothie that she had been drinking running down her chin and onto her shirt. She was unable to speak or move. The seizures come on with no warning. Glory to God that she did not drown. GLORY TO GOD for all the times He has saved her from so many close calls. The Mother of God, Quick to Hear, has been with us during this painful journey, every step of the way, and without Her I might have lost my mind. Vasili has to go to work, Michael (our 15-year-old son) has school, and I am handicapped. But her Guardian Angel is always with her, glory to God. Later in the evening, I found myself in the prayer room sobbing uncontrollably and begging God for His mercy on us sinners. As a mom, I think I have shed more tears this year than I have in all my previous 50.

Georgia’s fear of these attacks is one of the most painful aspects of going through this. And also, the loss of her independence, just as she entered adulthood. Georgia tries not to let seizures dominate her life, but there are moments when sadness and discouragement overtake her. Even as a little kid, she was on the swim team, but she can no longer swim, nor go horseback riding, nor go for a simple walk unsupervised. Georgia has her permit and was driving, but no more. Georgia is a great cook, and has been cooking and baking independently for a long time, but now we worry about burns or cuts. Since infanthood she had her own room, being the only girl in our family, but now she had to move into her parents’ bedroom. All these things can weigh heavily on her sweet soul, but God is with us.

A while back, Georgia was preparing to attend a cousin’s baby shower. She had been looking forward to it and planning for it for so long. On the morning of the shower, she got up early, full of excitement, and got ready. She styled her hair in a new due and put on her beautiful dress. But she never went to that baby shower. Instead, she ended up convulsing on the pavement, as she headed out to the minivan, her mouth bleeding from biting her tongue, her dress ruined. Thank God, Michael had realized what was happening, and had run out to catch her and intercept her fall.

I am sharing these personal and painful experiences in order to provide a glimpse into our desperation, as parents, for our precious daughter to get better, and to let you know that it is not lightly that we set up this funding effort. Vasili and I have been spending between $4,000 and $5,000 each month on Georgia’s doctors’ appointments, medicines, supplements, and tests, most of which are not covered by insurance. Our adult children have already helped us with thousands of dollars, that they also did not really have to give, and we are already in debt to other relatives.

We recently had an appointment with a renowned medical doctor, professor, and author, whose clinic heals people’s brains from many maladies, including seizures. His name is Dr. Hedaya of Bethesda, Maryland, and he offered us much hope with cutting edge medical interventions. After reviewing our questionnaire and speaking to Georgia, he predicted that, in Georgia’s particular unique case, she could make a 100% recovery within six months to a year—he said, with 98% certainty. However, he gave us an estimated cost of her testing, evaluations, medicines, and therapies at $30,000, not covered by insurance.

We have to try. If anyone can help us, thank you so much, and may our Savior bestow countless blessing on you and your family. Above all, we ask for your heartfelt prayers for our daughter.  Glory to God for all things. 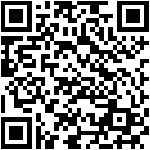