Nancy is my bride of 43 years.  She has stuck with me through several transitions: from a couple to a family of four, and back to empty nesters; from a husband who was a police detective to a privately employed security consultant to a seminary student to a pastor to a retiree; and from being married to a country boy who lived in the suburbs of Birmingham to living in the country to being pastor serving rural churches, small town churches, and finally to a church in the suburbs of Washington, D.C.  It has been an exciting time, but a trying one as well.  We left friends and family for me to serve one troubled church after another, always for a smaller pay package than the norm for the area, and always living paycheck-to-paycheck, and that was alright.  We raised two great kids and enjoyed ourselves along the way.  We anticipated that in retirement, either I would  serve in some part-time ministerial capacity to supplement my meager retirement and our Social Security, or we would move back to Alabama where housing and the cost of living were lower.

However, it did not work out that way.  Twenty or more years ago, I noticed that Nancy’s gait was “off” in a subtle way.  About 2012 or ’13, she began having trouble standing from a seated position.  Then in 2014, following hospitalization for high blood pressure, blood tests indicated a muscle problem.  After bouncing from one specialist to another, she was diagnosed with a rare auto-immune disease, Polymyositis.  She was treated several years with various drugs, including steroids, all to no avail.  Then, in early 2021, she went to the Johns Hopkins Myositis Clinic in Baltimore.  There she was given extensive, exhaustive, and sometimes painful tests, and given a new diagnosis: Inclusion Body Myositis, also known as “IBM”.  In this disease, the body attacks its own muscles as though they were foreign objects.  Muscle tissue atrophies and is replaced by fatty intrusions, resulting in progressive weakness, somewhat similar to Lou Gehrig’s Disease, although much slower.  There is no known medical or pharmaceutical treatment.  Hers has progressed to the point that she is  almost entirely bed-bound, and is presently unable to stand or transfer to a bedside commode, even with my assistance.  Her breathing is also affected (down to some 37% capacity), as the lungs are controlled by muscles.

Her disease has made me her 24-7 caregiver, which precludes any ministerial (or other) income.  And besides normal expenses–a mortgage, upkeep of the house, power, oil, etc–we find ourselves in need of a handicap-equipped van, rather than to keep renting one for her trips to Johns Hopkins as well as local doctors and dentists.  Such vans are expensive–even decent used ones often cost  in excess of $20,000.  Furthermore, Nancy has been approved by Medicare for a power wheelchair, but our portion of the cost is some $2500.  And there are various miscellaneous out-of-pocket expenses as well–hotel stays in Baltimore, non-reimbursable medical expenses, and other “minor” items.  And I need to be able to hire nursing help to give me a break on a regular basis.

Moving from the area is problematic: Nancy’s doctors are here, she has continuing appointments for the next several months, our children live in the area, and the housing market is not conducive to selling our house anyway.  Her condition makes it impossible for me to have any sort of employment outside the home.  So: any assistance would be gratefully appreciated. 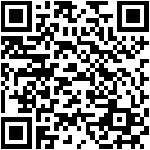