So for those who don’t know nathan was in a horrible crash Friday night at the race track and had to be cut out of his race car and taken to hospital by airmed. Once he got to the hospital, they did an EKG and a CT scan which showed 5 breaks in his back, a skull fracture, severe concussion and bruising on the brain. They sent him to ICU to be monitored throughout the night. Saturday at noon they did a repeat on the CT scan and did an MRI which confirmed the breaks in his back were fractures and no bleeding on the brain. He is complaining about his neck hurting, the MRI showed there are no injuries to the neck. He does not have any memory starting Friday morning but knows he is at the hospital and that he was in a wreck at the racetrack. He will be out of work for several months, as well as his girlfriend Hallie to be there to take care of him.
Thank you to everyone for all of the calls, texts, and Facebook messages we have received. A special thank you to everyone who was at the track Friday night and helped in anyway they could. 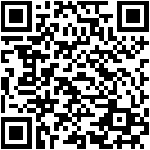