My name is Karen

I’ve spent my life being an active member of the community. I achieved an advanced degree and up until recently was living a fulfilling life. My life changed dramatically when I was given the news that I had become impacted with Lung Cancer.

When I received the news I made the choice to do everything possible to eradicate it from within me. It was at that point when I realized that I would need help from the community.

Devastation set in when it was revealed to me that I had Lung Cancer. Treatments would involve chemotherapy and radiation. There was no question as to whether I would under go the treatments. I told the Oncologist that I wanted to start as soon as possible. The next day I had my first dose of radiation and the following day the first dose if chemotherapy.

I was extremely sick through the first round of chemotherapy. I lost significant weight. Lost all my hair and teeth.  I became impacted with neuropathy, nerve damage through out the body.

The radiation caused nausea and I lost my voice a few times.

But through all of the treatments I decided that no matter what I would not succumb to that cancer that was trying to kill me.

We succeeded in killing off the primary lung cancer. The Oncologist told me that with Lung cancers there is an 85% to 95% chance that the cancer can restage within me.  Still I was elated that I was cancer free!!

Two months later I returned to the Doctor for scans to check for restage cancer. The news was debilitating. I was in restage lung cancer and it had metastasized into my bones! I thought now what do we do to kill this nasty disease?? The Doctor informed me that chemotherapy was the best and fastest route to attempt to kill the restaged cancer.

The news hit me like a train. What was I going to do? How long did I have to live?? Were there any alternative treatments? Again, I was determined beat this cancer!

Please consider giving a small gift of $30 to help continue the immunotherapy. Your support will help provide the necessary treatment in fighting this devastating disease.

Immunotherapy works with the body’s immune system. It helps the immune system attack the invading cancer cells. Together we can eradicate this cancer! 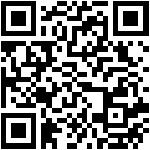