Hoping for a miracle

Hello. We are looking for help PLEASE!  We have hit desperation here and I am asking (begging) for help for my family. We are behind on everything and struggling to catch up. My husband became ill three years ago and his boss of 30 years terminated him stating he was a liability. My husband found another job but at half the pay, and just recently had a cut in pay from the new management. They also had just told the employees they are cutting their work week from 40 hours to 38 hours.  Most times we can’t even afford food for the house (refrigerator/freezer is empty) or gas for the vehicles (98 Ranger, and 97 Jeep).  The children haven’t had a winter coat in two years, outgrew the old ones.  We have not been able to buy them boots, shoes or clothes. Those are luxuries now.

Just before my husband lost his job, due to his medical condition (Meniere’s disease), we had learned the kids needed braces, (one’s are going crooked and the other has a a condition with her jaw not growing out properly so she is getting an overbite, and has trouble with enunciation of certain words), also we were planning on upgrading our vehicle that was falling apart.  All has been on hold for the last three years and it just keeps getting worse. The kids are depressed and embarrassed because of their teeth. Our cars are still falling apart, working its way towards 200,000 miles, the other is rusting away.  We put on some used tires since we couldn’t afford anything else for our 97 Jeep (tires are bald).  It leaks everywhere and the lining is falling down, door even fell off once and we welded it back on.  My husband had even found a decent used muffler in the trash a few months ago, and put it on his truck since his fell off.  I have put in several applications and resumes’ to help but have not been called. I have been looking for a night job due to the responsibilities of the children, getting them back and forth to school and school commitments.

We are desperate for help!  The house is two months behind, and on the 1st will be going on 3 months behind.  We keep getting notices of shutting off gas and electric, but we try to make the back payments so they won’t.  We have pretty much hocked anything of value we have including my edding rings to pay some of the bills. Our one child also has health issues and we  have to take her  down to Riley’s Children hospital for her health condition.  We also have to see a specialist and a surgeon for possible exploratory surgery on her to find out why she is in so much pain.  I was suppose to have surgery on my hands for carpal tunnel and on my eyes for cataracts but have put that off, cannot afford it.  It is not looking like there will be a Christmas here either, because we are too far behind and have no resources to buy anything.

We are just asking and praying for some help to catch up with the bills, fix the vehicles and buy food.  We have been struggling for too long and are asking for help!  Anything given we would appreciate so much ! The money would go towards the bills; house, electric, gas, vehicles, medical costs, and clothes, etc.  God bless you and thank you in advance. 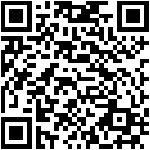