Hope Marie Valdez was born May 29, 2020, during the global pandemic of COVID-19. The Valdez Family members were HOPING to have a girl as this was their last child they planned for their family unit. Hope started to have delayed milestones and regression with established milestones around six months after her birth. She started to have developmental issues like lack of developing words and speech, breathing issues, swallowing issues, seizure-like episodes, mood issues, emotional issues, repeated hand movements while awake, not crawling, not sitting up and not walking at the time of her first Birthday on May 29, 2021. Despite her delayed milestone markers and other developmental issues, she continues to understand far more than she can communicate to someone with a delayed communication deficiency, evidenced by her bright and attentive blue eyes, and her ability to express a wide spectrum of moods and emotions. It has been a trial and error trying to figure out her delayed and limited communication skills, but the parents, family and caregivers are learning how she communicating her needs daily, which will improve in a limited condition during her lifespan. Nevertheless, and just before Hope’s 11-months-old mark, her parents got some life changing news about their daughter’s development issues. This would effect everyone involved in Hope’s life, which will require a lifespan of expensive medical and dependent care due to her non-curable diagnosis called Rett Syndrome. It is a rare non-hereditary neurological disorder that effects 1 in 10,000 female births, but much rarer in males.

Many years before the birth of Hope Marie, her parents Seresa and Jason had plans for a girl’s name. They never revealed the name to anyone until they knew that their third child was going to be a girl. As the pregnancy came along, and the pandemic manifested, it was stressful for all parties involved in the care of Seresa and the fetus, which would become Hope Marie. Family and friends were excited on one hand, but concerned on the other hand due to the pandemic elements and restrictions. However, Hope Marie was born on May 29, 2020 during the early stages of the COVID-19 pandemic. Hope Marie is everything that Seresa and Jason wanted. The Valdez Family finally got their girl to raise along with their other two sons. Her two brothers connected with their baby sister and really loves her. More exclusively, everyone who is connected to the Valdez Family are very blessed to have Hope Marie in their lives. Hope Marie’s milestones were normal, but things started to change with some concerns in late 2020 that continued until her official diagnosis on April 23, 2021 and beyond. Physical Therapy was added during this time period along with other additional testing and diagnosis procedures. After some DNA testing and other diagnosis procedures, there were more questions than answers about Hope Marie’s swallowing issues, breathing issues and seizures, which led to a few nights at the University of North Carolina Children’s Hospital in Chapel Hill, which was in March 2021. She was given medication for seizure issues during her hospitalization, and her mother fought to get the crucial genetic test that would rule in or out Rett Syndrome and other similar neurological conditions and syndromes. The crucial DNA genetic test results finally came in on April 23, 2021. The results have changed everyone’s outlook in Hope’s life, just prior to her being 11-month-old. This diagnosis makes her one of the earliest diagnosis patients of the condition called Rett Syndrome. Hope’s non-curable diagnosis will lead to different degrees of severe impairments, which will affect nearly every aspect of her life: ability to speak, walk, eat and breathe easily. The hallmark of this diagnosis is near constant repetitive hand movements while awake. Cognitive assessment is complicated, but scientists know that Rett Syndrome patients understand far more than they can communicate to us, evidenced by their bright and attentive eyes, and their ability to express a wide spectrum of moods and emotions. Based on a 2015 clinical study, the median diagnosis of Rett Syndrome is between 2.7 years old to 3.8 years, but delayed diagnosis for this condition has improved among subspecialists and pediatricians since 2006. Hope’s non-curable neurological disorder will require expensive medical and dependent care, until there is a breakthrough in a cure and/or better treatment for Rett Syndrome. Currently, the Valdez Family is waiting on more results on additional genome DNA testing that will rule in or out for any possible genetic conditions that could rule in a dual-diagnosis along with the Rett Syndrome diagnosis. And the family is in the process of getting involved in one of a few established Rett Syndrome clinics in the United States, which the closest one that is near their home is nearly a five-hour drive inside Greenwood, South Carolina called Greenwood Genetic Clinic. This specialized clinic involves important research and clinical trials for Rett Syndrome. In addition, worldwide scientists and researchers are getting closer to finding a cure and/or better treatments for Rett Syndrome, giving us Hope 4 Hope. 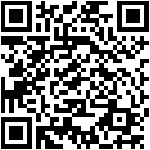