Helping the Vulnerable in America

Lighthouse Foundation is a tax-exempt organization that raises funds to aid social advocacy projects benefiting the most vulnerable in our society – missing children, runaway and sex-trafficked teenagers, kidnap victims, homeless military veterans, and farmers and Native Americans who are in need. Primarily, Lighthouse is the fundraising arm of the PBS Television series Lead Me Home. This project will feature a weekly one-hour television program on PBS, beginning in the New York State viewing region, that will feature ongoing stories of missing children, runaway teenagers, homeless military veterans and others so that we can raise awareness and help them be rescued and given the assistance they need. The TV series will be accompanied by an NPR radio series, live events, an interactive website, phone apps and GPS-trackable clothing for children and adults.  Lead Me Home was accepted for broadcast by PBS the same day we submitted our proposal, and once we launch in New York State, we will spread customized versions of the series across the USA, with each regional PBS station producing its own version of the show, focusing on local stories. Eventually, wherever you are, when you turn on Lead Me Home you will see a local story – there will be a Chicago Lead Me Home, a Seattle Lead Me Home, a Los Angeles and St. Louis, a Dallas and a Miami and a Boston Lead Me Home. Lighthouse Foundation will, in addition to raising funds to support Lead Me Home, also raise funds to benefit causes in every city and neighborhood where Lead Me Home is broadcast. When you help Lighthouse Foundation and Lead Me Home, you help rescue and give life, honor and dignity to the most vulnerable people in our society. 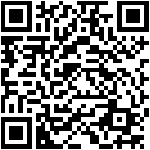