Randy was hardworking. He would do anything for anyone. While at work he thought he pulled a muscle in his back so he went to get it checked and the Dr said he popped a rib, and he would be better in a few weeks. As the days passed, he was getting worse back to the Dr and they ran some more test. When we got the test results back, they blew us away. We were told randy had stage 4 lung and bone cancer. It had traveled throughout his body in a matter of days. Randy fell in his driveway later that day and broke his hip only to be told that it was the cancer caused his bones to become so brittle. He was taken out of town to have his hip replaced and stabilized. After his surgery Randy decided he wanted to go to stay with his remaining 2 brothers out of state and be close to them, but he became too weak to travel and would never make the trip. The Dr wanted to do chemotherapy and radiation Randy was too weak to even have a port placed he declined even more after that and end in hospice care. Sadly, Randy passed away within a month. Leaving the family with unpaid Cemetry bills.   The family is asking for help in covering these last bills. Randy had no life insurance, any and all donations are greatly appreciated no matter how small. Thank you for taking the time to read our story. 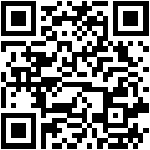