Hello. My name is Jenny and I have created this campaign for my cousin John. Last year, at the age of 50, John was diagnosed with Esophageal Cancer. He underwent weeks of radiation, chemotherapy and surgery that removed part of his esophagus.

Throughout his illness and treatment John has stayed positive, actively participating in his treatment plan and doing everything he can to beat this insidious disease and reclaim his health. He has put great focus on eating healthy (both prior to and since his diagnosis.) Post surgery he got outside to ride horses and go cycling as soon as he was able to.

Just months after what was thought to be a successful surgery, it was discovered that the cancer had returned and metastasized. One of John’s main concerns is finances, which causes extra stress for him during an already difficult time.

John is a special education teacher and also served on a mission in South Korea where he and Rebecca also taught English as a Second Language for two years. As some of you may know, being a teacher does not pay much and because school has not been in session very long this year he is fighting for his life without pay and the possible loss of insurance.

The money raised will be used to help replace lost income due to ongoing treatments and to cover medical bills and other treatment-related expenses such as healthy foods and transportation to and from the cancer center.

John and his wife Rebecca have two children in their early twenties, the younger of which is a junior in college. John is the “baby” of the family, with an older brother and sister (although growing up he was always very mature for his age.) He has nieces and nephews, cousins, aunts, uncles, other extended family and countless friends who love him and want him to pull through this.

John has spent his life giving so much to others – not only his family and friends but also his students. So, I feel it’s only fitting to support him in his time of need.

Today I am asking for your financial support and prayers, to help my cousin John through the physical, mental and financial toll this horrible thing called cancer is taking on him and his family.

Please consider helping out one of the kindest and most giving souls on earth, my sweet cousin John. From the bottom of my heart I ask that you share this link with your friends and family and if you feel led to give, any amount will help so that we will achieve our goal of giving John the help he needs to Crush Cancer. Thank you. 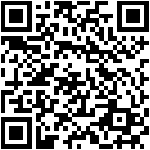