My husband’s name is Frank Hovanec and he is suffering and needs help at this time, a tumor in the colon obstructing the bowel was overlooked on a cat scan 1 year prior… resulting in its discovery a year later, from testing due to complications with his bowel, the doctor informed us on 7/20/19 the tumor had been there for over a year at by this time it has metastasized…the doctor told us to get our affairs in order and scheduled immediate surgery.. he informed my husband  and I he had a very small chance of making it through the surgery…he made it through the surgery by the grace of God…he ended up losing 3/4 of his liver from trauma and hemorrhaging through the surgery and an ostomy and still cancer remaining…he was on life support for a few days ..he has been hospitalized over 27 times since…his cancer has since graduated into his lungs…recently his ostomy is failing from liver pressure causing severe hemorrhaging…he can not have it replaced…..it has resulted in almost 30 transfusions nearly resulting in death in the last few weeks….the only way to keep him alive at this point is transfusions…they had 1 other alternative to put a stint in the liver to reduce the pressure causing the bleeds but chose not to do it because they didn’t want to take the risk…it makes no sense they said this bleeding would keep reoccurring and result in his death…one of the doctors told us that they would get to the point where they would refuse him transfusions…in the midst of all of this my husbands insurance dropped him…and his termination from a job he loved…we have paid thousands in bills already…and have a lot more to deal with…and he can only be transported by ambulance which he has received 4 rides in the last few weeks…we contacted three different attorneys within the statute of limitations…and nobody would help us and the statute of limitations has run out…we need help…my husbands will to live and his faith in God are keeping him alive right now…We need the ways and means of getting him some sort of help…more medical-doctors or options  and caregivers to care for him….I am paying out of pocket for care for him … things our insurance won’t cover, having friends stay with him but they are pretty much exhausted… while I’m at work nights….I have exhausted a lot of my work time (days off etc.) caring for him ……I’m afraid they will get rid of me…because of the exorbitant costs to the insurance and time off….I need to work to pay for our insurance and to  pay our bills we are buried…and he should not have these problems plaguing his mind…my husband is a very good man with a lot of faith he did not deserve any of this ..he helped people through out his life and made me a better person…he never complains no matter how bad things are or any pain he may be in he is a miracle sent by God…I can not bear the thought of losing him he is all I have left…we could never get any life insurance to help pay for anything because he had liver disease and I know he is very worried if he should pass that I’m not going to make it because of all the bills etc..we really have no family support and I am asking for whatever kindness in the forms of donations etc. to help pay for these things and to give him the best care he could ever get not sure how long he has left….He is the love of my life he deserves the Best…please try and help us…and may God Bless you all for just taking the time to read and if you find it in your hearts to pray for us…..Sylvia Hovanec 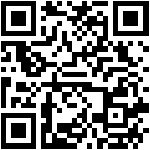