Our beautiful 24 year old  Heather Renee ended up in the ER very sick and in severe pain one night a couple of weeks before Thanksgiving 2016. After many hours and tests, she was told she needed her gallbladder removed, it was in terrible shape; however, they would not do the surgery because she had an outstanding bill. They sent her home with some pain meds. A week and a half later her pain was so excruciating Heather could not bare it or hold food down so she ended up back in the ER again. This time her parents worked with the hospital to get her the surgery she needed. It should have been an easy out-patient surgery, but unfortunately what could go wrong did go wrong

She has been in the hospital for months off and on, more On than off, and had not only her gallbladder removed, but also leakage from the surgery, which caused damage to other vital organs. Heather had to have five urgent surgeries and several surgical procedures with at least two more to come. She had pancreatitis twice with severe, unimaginable pain that no pain meds could relieve, and had both her pancreas and liver compromised and still needing healed. It has been touch and go on and off again.

Meanwhile, she has had no income coming in during this time that she’s been unable to work, so her rent and other bills have been piling up.  The medical tests and surgeries have been so many she will also have huge medical bills that could sink a ship let alone a twenty-four year old, when this is all come to an end.

Because of this we turn to friends, relatives and strangers to ask for help with donations and prayer. There is no amount small or big that won’t be appreciated deeply by all the family. Heather has gotten to a place once or twice where she has just about given up and she needs people to help bolster her to see that she is not alone and to help her make it through this difficult time and to know the sun can shine in those big brown eyes again. We ask if you would please pass this message on by sharing it on Facebook and Twitter and any other gathering site, so we can get the word out as far as possible and blanket the country to find those that want to, and those that can help. Again, we chose this funding site because the donations are tax deductible to you, so you will receive an email with a tax deduction letter, immediately after the donation is made. But you can still be anonymous if you desire. One more time we want to say Thank You to Everybody sharing this with us.

Heather has finally been out of the Hospital now for longer than a week. She has undergone a procedure to remove one of her drains, that were connected to a bag outside her body. That was a nail biter, because last time they removed that drain it did not go well and the bile drained into her abdomen making her much sicker, in severe pain, and another couple of weeks in the hospital trying to save her life. Thankfully there has not been any fallout on that procedure. Then this week she underwent another surgery removing internal drains & tubing. So far so good and still out of the Hospital, which is so wonderful? Once again, Thankyou for any help and support you can give. 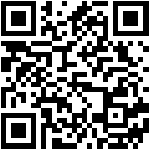