get Nick on his feet again

This is a request for my grandson, Nicholas Clark. Nick was born with multiple health problems. He spent most of his first six months hospitalized and then they sent him home to die, but he fooled everyone and survived. He has had many procedures including, replacing a valve in his heart and repairing the sphincter muscle in his digestive system. He rallied after that and had a fairly normal life. He has a job and a beautiful little girl with her mother Michelle. He got sick in July with an infection and things have gone downhill from there. He is in Hershey Medical center and he’s back in ICU because he coded but Nick’s tough and he came through again. He had been working to support his family and now he’s worried about them and his bills. I hope he can get some help because he needs to think about getting better first.                   Patricia Brobst 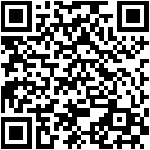