Nicanor Lopez, 99, World War Two Vetran of Rocky Ford, CO, passed away Wednesday, November 24th, at Fowler Health Care Center, Fowler. Since Nick was in the services we thought that they would cover funeral costs, but unfortunately they didn’t. Please help us raise money to be able to cover Nicks funeral costs during this painful time. No amount will lessen the heartbreak. All donations will go to his funeral costs as it is 8,000 dollars that we don’t have. Grandpa Nick’s last wish was to be buired in his uniform, if we aren’t able to raise the money for this, he will have to be cremated and will not be able to go in his uniform like he wanted. Anything helps! Thank you.

Nicanor was born in Ajo Sarco, New Mexico on March 29, 1922, a son of the late Aguida (Levya) and Fidel Lopez. Nick was the oldest of 6 sisters and 3 brothers

At the age of 17, he accidentally enlisted in the U.S. Army and was sent 2 weeks later to basic training for infantry and later became a sharp shooter in the Normandy Invasion during WWII. He was also a Heavy Machine Gunnery during the war. After the war ended he stayed another year during the “clean up and rebuild”. Upon his return home he became a father of three daughters, Gloria, Lena and Evelyn in New Mexico.

In 1952, he moved to Rocky Ford in search of work and met Mary Olguin and went to work for the railroad. Then he and Mary along with daughter Julia they moved to Casper, WY for his job. In 1953, son David was born and a year later they moved back to Rocky Ford. He then went to work for area farmers, Leonard Proctor, Hirada Farms and Carl Allen. He really enjoyed farming, raising pigs, gardening but most of all working with wood, be it chopping or building things with it in the garage. He later enjoyed fishing and talking with his old friends down at the coffee shop.

Nick loved spending time with his great-grandchildren: Brianna, Nick, Kayli Lopez. Grandpa Nick will always be missed. He was a big hero and a great man! Thank you Grandpa for everything! 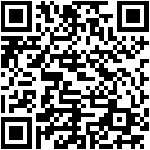