Larry entered into his eternal reward on the afternoon of January 6th, 2018. He was to home for almost three weeks at Christmas time before he had to return to the hospital a few days after celebrating Christ’s birth with Jeanne-Marie and the children. Many thanks to all of you who have supported his family these past 16 months as he and his family carried this very heavy cross. Please know that your generosity will not be forgotten as Larry’s family begins the journey of the next months and years without him. Further funds raised will be used to pay off medical bills and for college funds for his three youngest children. God Bless You All
12/1/17  Larry was admitted to the hospital nine weeks ago today.  He has made much progress along the road to recovery and was discharge to one of the few  sub-acute rehabilitation facilities which can accommodate his need for peritoneal dialysis.  He is working very hard in his therapies and hopes to be home in time for Christmas.
10/26/17  Larry had surgery on 10/6 in an attempt to clean out the infection in his chest cavity.  The surgery itself went well but, it was found that much scar tissue had formed.  As a result, the surgeon was not able to perform all the procedures he had planned to do.  Larry now has two chest tubes which are draining the remaining infection.
Further complication arose with dialysis and skin integrity while recovering from surgery and contributed to his needing to remain hospitalized  until 10/20.  He was home until Wednesday, 10/25 when he had to return to the hospital for complications with his feet.  Words cannot express his family’s gratefulness for the aid tendered in their time of need.
9/29/17   It is hard to believe that Larry’s saga began almost 1 year ago on October 20th, 2016.  Your loving prayers, words of encouragement, and financial assistance having eased some of the burdens for Larry and his family as they carry this cross.
Larry has experienced many ups and downs these past six weeks.  After the catheter in his abdomen healed, he and his wife attended a week-long training for home dialysis.  This will now be done round the clock rather than three times a week as it was with the hemodialysis.  Fluid build up in his abdomen has diminished due to him being able to drain any extra fluid along with the fluid used for his dialysis.  Not having a swollen abdomen has made it a little easier for him to breathe.
He has been getting progressively weaker and having difficulty walking.  It was found that the catheter in his lung to drain the  fluid build up  has become infected and as a result was hospitalized this afternoon.   This journey with Larry has taken a physical, emotional, spiritual, and financial toll on his wife and children.  Please know that any aid rendered to to them at this time is of no small consequence and that words fall short in expressing their gratitude.  Your intentions are being remembered in prayer by Larry and his family.
8/15/17

Larry had undergone many procedures during his last hospitalization to determine the function of his heart and kidneys.  As a result of these tests, he was placed on continuous intravenous medication to strengthen his heart and was discharged home.  He was home for a little over a week and had to return for treatment of fluid build up in his abdomen. A total of 13 liters was removed over a few days.
A catheter was placed in his abdomen so he can begin peritoneal dialysis at home.  He is receiving hemodialysis through a catheter in his neck until the abdominal site heals.  He will  remain hospitalized until he is stabilized.
Please continue your prayers for him and his family and please remember Larry and Jeanne- Marie on August 21st which will be their 24th wedding anniversary

7/15/17  These past three months have brought new trials for Larry. He has had frequent hospitalizations while trying to maintain a regular work schedule. During one of these hospitalizations, an indwelling pleural catheter designed to drain fluid from around the lungs  was placed.  Rather than removing  fluid every 2-3 weeks in an inpatient setting, this allowed him to empty the fluid at home so as not disrupt his work schedule.  Too much fluid was removed in a short period of time.  Extreme temperatures in his work environment combined with the fluid loss led to severe dehydration and loss of kidney function.
He has been hospitalized for the past three weeks while his team of physicians work to find the best solution to his situation.  More cardiac workups are being done in hopes to determine future treatment options.  Thank you for your continued prayers and words of support.
4/14/17  Larry has noticed improvement in his breathing and mobility since the heart procedure was performed a month ago.  His doctor was able to re-stent the artery on the left side of Larry’s heart and had hoped to try a procedure on the right side.  The right side artery was too fragile to attempt any intervention.   Fluid from the lungs was drained both the week after surgery and again two weeks later.   He has returned to work in a limited capacity as there are many outstanding bills and he is slowly re- building strength.  The Carzon Family is deeply grateful for all you have done to assist them these past six months.  They are praying for your intentions this Holy Week and wish all a very Blessed Easter.
3/12/17  The procedure done on 3/2 showed blockage  in one of the stents placed on the left side of the heart in 2015.  There was also blockage found on right side of the heart that cannot be stented.   Larry will be undergoing another cardiac catheterization this Thursday 3/16 to open up the blocked stent.  His doctor hopes that this will help alleviate the build up of fluid in the lungs. On Tuesday 3/14, Larry will have more fluid removed from his lung.
Please know that Larry and his family are grateful beyond words for your support and encouragement and that your intentions are included in their daily prayers.
3/1/17 The Carzon Family would like to thank everyone for their continued prayers and financial assistance. Your prayers have lifted his spirits and contributed to his recovery and financial assistance relieved the emotional burden associated with being off work since last October.
Larry has made some progress with his ability to ambulate without a walker and now uses a cane when moving about in the house.  He has been treated multiple times for a pleural effusion by having 2-4 liters of fluid drained from his lungs every 2-3 weeks. This Thursday, March 2nd, he will be undergoing a cardiac catheterization  to see if stents can be placed which might help improve this situation.  He has also had multiple procedures to relieve him of fluid build up in the abdomen.
His immediate family is still providing 24 hour care at home as he continues to convalesce and works to build his strength so as to return to work.  May God bless you.
1/17/17 The Carzon Family has been humbled and is in awe of the generosity displayed by  friends and family. They wish to express their deep appreciation to each and every donor who has so selflessly contributed to helping lift the financial, emotional, and physical burden they are undergoing.
Larry had two  procedures done in the  past two weeks in order to help alleviate the side effects from damage incurred due to the medication reaction.  His recovery is still very slow and continues to require 24 hour care.
Please continue to keep them in your prayers as you are in their prayers.
12/24/16 Larry Carzon is the proud father of 6 young children, and he has worked tirelessly 70 hours a week to provide for them. In the middle of October 2016, he suffered a devastating reaction to a medication. As a result his heart, lungs, liver, and kidneys were severely affected and treatment has required multiple hospitalizations.
He is fighting his way back to be able to return to work ASAP but his recovery has been very slow. At this time, he requires 24-hour care which is being provided by his wife and children at home. There is no other source of income apart from short-term disability, which covers just 1/3 the pay of a 40-hour work week.
These funds would be used to pay for medical and some living expenses for his family while Larry works to get back on his feet.
Thank you for your support in Fundraising for Larry Carzon! 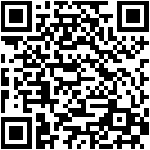