Our comrade, Brad Lide, has been fighting a battle that no person should have to fight – in a time that is very uncertain.

Brad is a Navy veteran, where he served six years as an Aviation electronic technician. Honorably serving for the freedom and safety we all enjoy, today. With an entrepreneurial spirit, he owned CyberAngel, an I.T. security company, for 12 years. Notably, he assisted in the development of other I.T. cyber security systems too. He is a tender-hearted, caring father, husband, grandfather, great-grandfather, brother and neighbor with a passion for horticulture and anything to do with water. He is a social butterfly, never meets a stranger. He is always offering help, or at the very least, offering his wife’s help.

Last year he lost his job due to the pandemic and was just starting to feel like he was looking to be gainfully employed again. Earlier this year, in the midst of the pandemic, on April 6th, Brad was enjoying an evening at home, grilling, when he began feeling ill. From there, pain in his chest began escalating. His wife, Cindy, identified something was wrong, and with no time to wait on an ambulance, she shuttled him to the emergency room. Brad was rushed into the catheterization lab, showing his heart had ruptured and the procedure he needed was not possible at the current hospital. Brad was taken by an ambulance to Centennial hospital.

Following the surgeries, Brad was ushered to the ICU, where surgeons left his chest opened, since bleeding was anticipated, thankfully the correct decision was made. At 1:30am Brad returned to surgery where they repaired the bleeding. By 3pm on the April 8th the surgeons closed his chest. Three days after his chest was closed, doctors noticed color changes with his toes and feet. By May 11th, Brad’s bilateral foot amputation was successfully performed, but Brad was not out of the woods yet.

As a result of the trauma Brad endured, he went on and off mechanical ventilation for several weeks where he laid in ICU. A tracheostomy was performed because of his ventilation needs.

Since surgery, Brad struggled with fluid in his lungs and body, so doctors put him on dialysis. He coded two times while on the step-down unit floor. Which lead him back to ICU and CCU for three additional weeks.

On June 23, Brad was transferred to Select Specialty for skilled hospital care for 37 days. During that time, Brad’s heart rate began fluctuating and beating at a considerably fast rate. Doctors discovered that Brad’s tricuspid and mitral valves had weakened which ultimately led to Brad returning once again to Centennial hospital where surgeons repaired the two valves. He remained in recovery for 3 1/2 weeks. He then returned to Select Specialty for another 3 weeks.

After building up strength, Brad was transferred to Summit in-patient rehab on Sept 11th. Since being admitted he has been diligent in his physical therapies where he’s working to regain strength. Brad has finally arrived home,  he discharged Oct 1st!!

Brad will receive Home Health Care and will continue to build up his strength. On Oct 7th, Brad will meet with his surgeon from his bilateral leg amputation. Surgeons will review the progress of his foot amputations to ensure they are healing properly. Once this appointment takes place, he will learn when he may expect his prosthetic. Until then he remains, in a wheelchair, where he is hopeful to gain his independence.

We are asking for help to cover the hospital expenses, ambulance rides, renovation to make the home ADA (handicap) accessible, prosthetics, and to help cover the time he has been out of work. Since Brad’s disability claim has not been approved, and there is no indication of when/if that will happen.

Sincerely, from the bottom of our hearts, we humbly ask that you share this link with friends and family and if possible, in giving (any amount will help).

We thank you for your support and God bless each one of you!

The family and friends of Brad Lide 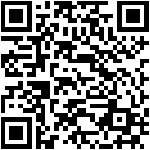