Blessings for a giving woman.

We’d like to share with you something we never thought we’d have to. Our Mom has been battling multiple sclerosis for the past 40-plus years and now has been fighting small cell carcinoma since January 2022. She has been so brave and strong throughout the years. She gave us, as her children and grandchildren the desire to seek the Lord as her faith has grown over the years. She loves sharing her beliefs with all those she meets.   She started treatments shortly after her diagnosis and she responded very well. She had three days of chemo with two weeks in between each round on top of radiation at the same time. She had been successfully cleared but unfortunately, another spot was found shortly after. We were told to seek a second opinion. Several trips were made to the Cancer Center in Cheyenne, Wyoming to seek additional treatments.  She also had to endure two hospital stays with one ending with surgery for a hernia. After years of being able not to take pain medication and only by prayer was able to keep the pain away from her multiple sclerosis, the pain from the hernia was more than she could bare, and she was rushed to the hospital. As we all know being on disability and only receiving Medicare the hospital bills can really stack up. Between my sisters and I, we have contributed all we can and are asking for a bit of help. If you are able to help us ease the stress so Mom can focus on getting better, any amount that you feel led to give would be greatly appreciated, along with prayers. Thank you and God bless. 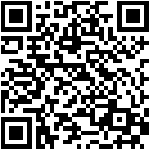