A son and his father TEVIN ACOFF, SON AND CARETAKER, RECENTLY LOST HIS FATHER TO STAGE 4 CANCER. Terrance (Terry) Acoff Sr. and his son; Tevin Acoff, lived together on this earth for 27 years, but on September 30, 2021, Terry passed away after fighting a short battle of stage 4 cancer.  Although Terry suffered with back pain for years, he bared this pain and never complained.  When his back pain became unbearable, he went to the doctor and did some x-rays.  During this doctor’s visit in the early part of 2021, Terry was diagnosed with stage 4 lung cancer.  As time went on, Terry appeared to have been getting better, but shortly after, his condition quickly took a turn for the worst, and Terry had to retire from a job that he dearly loved. WHO IS TEVIN ACOFF? For those who don’t know Tevin, he is a young man who always puts other people’s needs before his own.  On any given day, you may find him helping a complete stranger and putting a smile on a person’s face.  So, when Tevin’s father became ill, it wasn’t surprising that Tevin quit his job without any hesitation to serve as his father’s primary caregiver.  Taking care of his father was more important to him. Tevin bathed his father, made sure he took his medication, did all the cooking and cleaning, and did his best to make sure his father was well taken care of.  Being a primary caregiver was something Tevin never thought he would have to experience so soon in his life or to have to think about the possibilities of his father’s physical absence.  On September 30, 2021, Tevin’s father Terry lost his battle with cancer.  Coping with his father’s death has been hard for Tevin and extremely difficult to imagine never being able to hug his father again. Tevin has been doing his very best to remain strong.  He has not slept much since his father’s death and being evicted from their home due to not being able to keep up with the bills.  Please keep him in your prayers and help by giving what you can to help with lost pay and his living expenses. 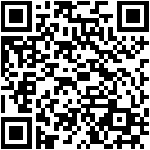