A FUNERAL FOR MY FRIEND Hello to all who may feel led to help me.

My friend Jerry who’s 66 and was in great shape went for a colonoscopy found out he had 40 polyps and was told by a confident surgeon that it would be no problem to do a resection to cut them out and reattach the colon after cutting out the polyps.  They were non cancer which I was thrilled.  But then the  nitemare of ups and downs began…. and now he’s on life support with a superbug called VRE that’s very difficult to treat, since antibiotic resistant.  Days ago a hole was found in the colon and now fecal matter has spread thru his body, so they have drains everywhere, feeding tube for weeks and on life support.  He’s so weak and unconscious and basically they now say there is no hope and are asking his daughter to let him go.  I am believing God for a miracle, but I realize His plan or will may not grant us that.  His daughter who’s single in her 30’s and raising a son is broke and living paycheck to paycheck.  Jerry’s term life had expired unfortunately.  So I don’t know and feel bad to ask people for money and this is my first time. I appreciate any help from the bottom of my heart.  Should God give him a miracle, I will return all money.  He’s now at Little Company of Mary Hospital in Evergreen Park IL.  708-422-6200 ICU 3  bed 25 should you wish to check the situation is for real. 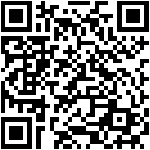